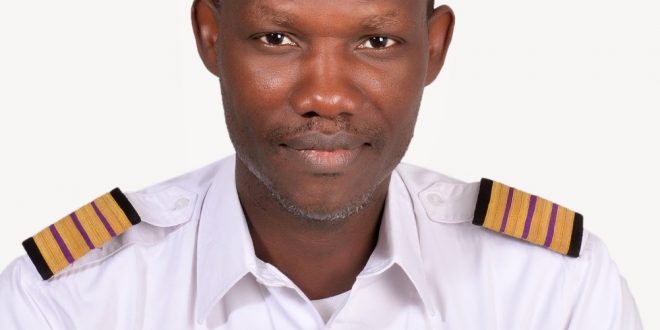 CURRENT National Vice President of the National Association of Aircraft Pilots and Engineers (NAAPE), Engineer Roland Maikudi Ahmed has stated that he will help re-engineer the growth of the association and breath new lease of life into it with concrete ideas.

Engineer Ahmed made this known earlier today when he threw his hat in for the contest to become President of the body he has served for eight years as Vice President come as the next delegates conference in Port Harcourt 19th July 2017, where New Leadership will emerge.

While flagging off his campaign, he stated sadly that NAAPE has existed for over three decades but has failed to reach the heights envisioned by the originators due to leadership which his vying aims to rectify.

Ahmed said,”NAAPE has existed for over three decades but it looks like NAAPE is less than a decade old. That means NAAPE has had a stunted growth, which has not allowed her to develop properly and accordingly. “

“This lack of growth is largely due to leadership. As a result of this development, I present myself to the call of the good people of our noble profession, as the next President of our great Association NAAPE.”

He went on to list a number of activities that he plans to accomplish if voted into office key among which is to liberate pilots and engineers from managerial shackles.

His words,”As I submit myself, as candidate to this clarion call. Permit me to let you know that I am the current National Vice President, Engineers and I have been part and at some time led the successful negotiations in some of the airlines and also been part of the committee that have signed a N2.5B secretariat project. I have also led the struggle to liberate some airlines from the shackle of slavery by their management. “

According to Ahmed, he will take NAAPE not just to the next level, but to where it ought to be as a critical player in the development of the Aviation industry in Nigeria, “where professionalism will be our style, dignity of labour our pride and togetherness our motto.”

Nigerianflightdeck is an online news and magazine platform reporting business stories with a bias for aviation and travel. It is borne out of the intention to inform, educate as well as alter perceptions with balanced reportage.
Previous Ethiopian orders 10A350-900, to purchase 777freighter @$651.4m
Next Obioma Njoku – A true professional and friend has gone too soon