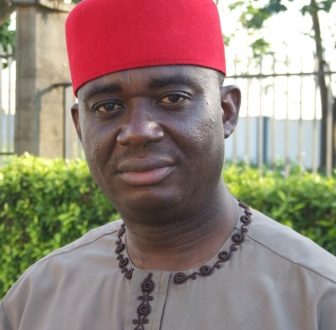 Obioma Njoku – A true professional and friend has gone too soon

He obtained a National Diploma in Journalism from the Nigerian Institute of Journalism (NUJ), Ogba, Lagos, between 1989 to 1991.

Obioma, as he was fondly called by his friends and contemporaries, never rested on his oars as he proceeded to the University of Calabar to bag a Bachelor of Arts Degree in English and Literary Studies with a Second Class Upper Division from 1992 to 1997.

His persistent passion for education and quest for knowledge made him to enroll for a Master’s Degree programme in International Law and Diplomacy at the University of Lagos in the year 1998, and he graduated in 1999.

Obioma thereafter left journalism to join Trifam Nigerian Limited in 1997 as a Public Relations/Marketing Officer up until the year 2000 before joining the Public Service at the Nigerian Civil Aviation Authority (NCAA) as Public Relations Officer II in 2001.

From 2001 till date Mr. Njoku Obioma grew through the ranks in the Nigerian Civil Aviation Authority (NCAA) as a consummate Public Relations Officer/ communication expert occupying vital positions and interfacing effectively with the media.

He is a member of various professional bodies namely; Nigerian Institute of Public Relations (NIPR), Nigerian Union of Journalists (NUJ) and the Nigerian Society of International Law.

Obioma always strive for professionalism, integrity and fairness. He is very passionate about public relations and he enjoys teaching others to grow and carve a niche for themselves.

For his love to serve humanity, he got elected as the Public Relations Officer of the Air Transport Services Senior Staff Association of Nigeria (ATSSSAN), NCAA branch in 2008 and was later re-elected after the expiration of his tenure in 2012, as the Secretary of the same union up till 2017.

He is also the Treasurer of the FAAN Tennis Club, Murtala Mohammed International Airport Ikeja, Lagos and a Public Relations Officer (PRO) for the Aviation Associates Club.

As a Catholic, Obioma is the Chairman of the Basic Christian Community (BCC) of the Catholic Church of Ascension, Zone (B) and has attended both local and international trainings to his credit.

Until his demise, he was the Head of Sponsorship and Advertisement Unit of the Public Relations Department of Nigerian Civil Aviation Authority (NCAA).

Mr. Njoku Obioma is survived by his beautiful wife and three (3) lovely children

Nigerianflightdeck is an online news and magazine platform reporting business stories with a bias for aviation and travel. It is borne out of the intention to inform, educate as well as alter perceptions with balanced reportage.
Previous NAAPE VP, Engineer Ahmed enters Presidency race promises rebirth
Next FAAN readies airports for Sallah celebrations