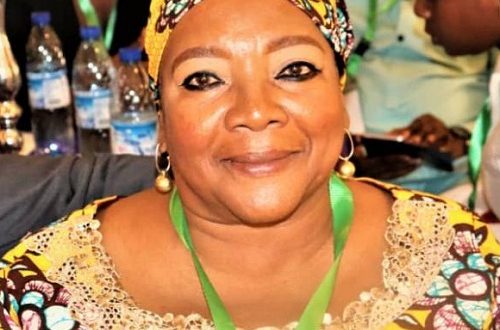 THE aviation and tourism sub-sectors today woke up to the sad demise of a founding member of Nigeria Association of Tour Operators (NATOP) and former General Manager Consumer Protection of the Nigeria Civil Aviation Authority (NCAA) Mrs Fatima Garbati who died yesterday.

Mrs Garbati died yesterday at the Obafemi Awolowo Teaching Hospital in Ife and will be buried today according to Muslim Rites.

The late Mrs Garbati will be buried at Ebony Vaults beside the Ikoyi Passport Office.

Fatima Garbati before her passing had decades of experience in the tourism and aviation industry and is a champion to the bedrock of legislations and enacted rules that have impacted positively to the sustainability of tourism legislation in Nigeria and Africa.

A founding member of the Nigeria Association of Tour Operators (NATOP 1993), and a past president of the association, she alongside other executive members, contributed immensely to the creation of the Calabar Christmas carnival, which is a yardstick of tourism engagement in Nigeria.
In addition, she geared the association towards creating network and synergy along various chains of tourism products, as well as encouraging it to support profitable, working relationship with other countries, most recently South Africa.

During her stay at the Nigeria Civil Aviation Authority, she championed consumers issues with a focus on tourism sector, and in 2006, headed the committee that resolved the consumer protection rights and payment of compensation to families of victims of air mishaps in Nigeria, she has continued to embody true tourism values by being a focal stakeholder engaging with the Nigeria Tourism Development Corporation (NTDC), Ministry of information and culture, and the National Institute for Hospitality and Tourism (NAHOTOURS).

Fatima had in the past represented Nigeria internationally on several platform, of note as the chairperson of IATA investigating panel for 10 (ten) years, representing English-speaking west Africa as well as representing Nigeria at the ‘Yamoussoukro Decision’ meetings until 1995.

Nigerianflightdeck is an online news and magazine platform reporting business stories with a bias for aviation and travel. It is borne out of the intention to inform, educate as well as alter perceptions with balanced reportage.
Previous NAHCO Kano Station gets ISAGO Certification
Next SAA CEO, Vuyani Jarana resigns