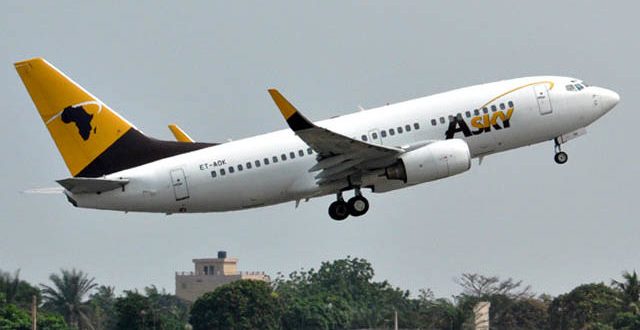 ASKY commences Lagos to Johannesburg flights, via Douala and Libreville

FROM June 15, ASKY will launch its first flight to Johannesburg connecting via Douala and Libreville.

The General Manager of the airline, Mr Mobolaji Simon, stated that this flight will be ASKY’s first long haul flight considering that the airline operates within West and Central Africa.

We are proud of this achievement and we want to thank all our numerous customers who have stuck with us over the years. This new route is ASKY’s first out of its usual coverage but we want to showcase to the world that we are not just a regional airline but an airline with vision and stability, ready to expand beyond Africa.

The Johannesburg daily operation will route via Douala on some days and Libreville on other days with 40mins ground time before it heads directly to Johannesburg.

The airline dedicates a B737-800 ER for this new destination with a world-class crew on board to deliver excellent onboard service all the way.

Nigerianflightdeck is an online news and magazine platform reporting business stories with a bias for aviation and travel. It is borne out of the intention to inform, educate as well as alter perceptions with balanced reportage.
Previous Air Peace questions motive behind AIB’s indicting statement on Mandatory Occurrence Report
Next Ethiopian Airlines says SAATM will help reverse 80%-20% traffic imbalance