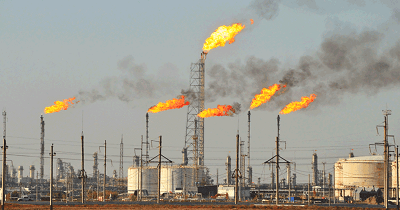 THE Urhobo Progress Union, (UPU), has called on the Muhammadu Buhari-led Federal Government to site the national headquarters of the Gas Flare Trust Fund in Urhoboland.

The group made this call in a letter dated 12th August 2020, signed by Olorogun Moses Taiga, its President-General, and channeled through the office of Boss Mustapha, Secretary to the Government of the Federation.

In its request, the UPU noted that the Urhobos are entitled to the headquarters as other states and ethnic nationalities have gotten what it described as “their fair share of federal government establishments.”

In addition, it observed that based on its oil and gas production and land mass impact from gas flare and operational environmental degradation, the Urhobos should be the benefactor of the headquarters location.

The Urhobos are host to some of the largest gas fields, with the Ughelli East and Utorogun Gas fields being the largest gas plants in West Africa. It added that these fields are served by oil flowstations, pumping stations and the gas plants.

“These are all sources of gas and other pollutants emissions. To be candid Sir, the Urhobo people and their environs, being upland and swamp, I venture to say had more than enough share of gas flares, than any other nationality in Nigeria,” the letter read.

While revealing its readiness to host the headquarters, the UPU wrote: “We already have existing facilities in Warri environ for the take-off activities of the National Headquarters of the Gas Flare Trust Fund. In addition, we have also earmarked a large land mass for construction if new facilities need to be built.”

Nigerianflightdeck is an online news and magazine platform reporting business stories with a bias for aviation and travel. It is borne out of the intention to inform, educate as well as alter perceptions with balanced reportage.
Previous Eye for an eye: Nigeria to enforce principle of reciprocity as international flights resume
Next Law makers grill NCAA over unspent N11bn, summons minister over BASA funds expenditure