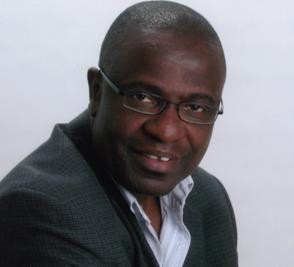 PROFESSOR of Aeronautics and Astronautics and Provost, College of Engineering, Kwara State University, Professor Leo Daniel has canvassed government support and investment in Nigerian airlines to avoid a total collapse in that area of aviation.

This is just as he also advocated a well-rounded aviation system stating that the status quo is inadequate.

Professor Daniel in a recent interview, advocated for the same support carriers like Ethiopian, South African Airways get from their government to Nigerian carriers stating that such a move is sustainable.

“Arik is dying. Why won’t they support it? Then if you don’t support that, start a carrier that is reputable like Ethiopian Airlines, South African Airways, even Kenya, these are countries with their flag carriers which are bearing their flags like Nigeria Airways used to do. ”

“So inject funding to do that. Then you can now give it out to private industry to help you. Nigeria has the fund to do this.

He went on to decry that the country is lacking in various areas from the health monitoring system of an aircraft to the lack of a national carrier as well as a hangar, things that could provide a robust system.

On the MMIA and NAIA he said,”What do they have there? Just fly to a place like Dubai. When you get to that place, the terminal alone will tell you that there is an airport. Do we have such terminal here? They have extended the Murtala Mohammed Airport but it is not enough to actually depict us. The only airport that has the longest strip in West Africa today is Uyo. Boeing 747 or Airbus 380 can actually land in that airport. ”

He further spoke on the government concession plans stating that it will build a future of space industry.

“You have to generate a benchmark for the industry to grow. When you have achieved that you can now privatize it. Heathrow Airport was privatized but government is still putting a lot of money. ”

On the impact of Aeronautics and Astronautics to the aviation industry and how it can impact on man power development, professor David said:

“Let me tell you aviation college is a flying school where pilots are trained to fly planes. What we are doing is bigger than that. In fact, Aviation College is a microcosm of Aeronautics and Astronautics programme. By the way KWASU is even trying to build an Aerodrome in Malete and that is going to help. You can be trained as a pilot but you don’t need to know the mechanisms of the engineering programme of that plane. ”

“The system means what’s our space programme? What’s the territorial integrity of this country? What can we do? Can we generate the kind of expertise that can help us develop Aerospace Industry, Space Industry, even the Sea Industry, our naval system all coming together?”

“The manpower we are training with time would build the system automatically. A little drop of water would make a mighty ocean. So from where we are, we are still not achieving what we intend to have in terms of the national goal of having aviation industry but with this small step, we would actually get there. What we need is funding to train the manpower we need.”

Nigerianflightdeck is an online news and magazine platform reporting business stories with a bias for aviation and travel. It is borne out of the intention to inform, educate as well as alter perceptions with balanced reportage.
Previous ICAO Council elects Nigerian representative as Second Vice President
Next ASKY commences non-stop Lagos-Accra, Accra- Abuja flights July 10