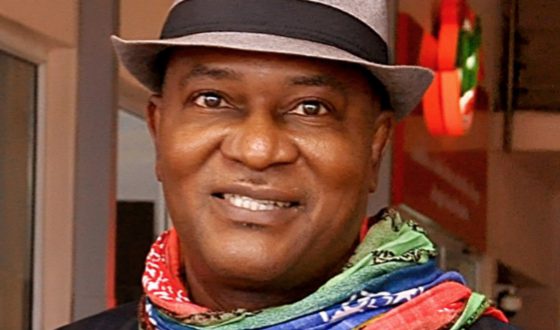 TRAVELLER’S Award 2022 organisers plan to honour airlines with young fleet, good customer services, inflight services, On time Performance and spread of destinations as this year’s Travellers Award will highlight the expectations of travellers in Nigeria.

The organisers are listening to the complaints and yearnings of travellers by incorporating these desires in selecting the 2022 winners. Delays and cancellations are big issues on the domestic scene, customer services and schedule integrity ranked high on most social media feedback reports.

Many new airlines are expected to join the market but only Green Africa and United Nigeria eventually joined the business out of the many under process. The age of aircraft and the return of new air planes became a talking point when Air Peace brought brand new aircraft into the Nigerian airspace since the decline of Arik.

Out of the 15 Aviation Awards to be unveiled before March 11th at Abuja Jabamah the youngest Fleet Award and the Destinations Award are the first sets to be released by the Organisers.

Travellers Award was instituted in 1996 by the Publishers of Travellers Magazine and Atqnews.com with the theme: “Promoting Excellence in Travels”. The airline that gets the highest number of the awards will emerge as the Nigerian Airline of the year.

About 65 to 70 aircraft were on hand in 2021 to carry over 6 million passengers to over 20 active airports in Nigeria. Air Peace and Ibom Air are now the contenders with one award apiece.

The other winners of Ontime Performance, Inflight Services, and Customer Service will join the scramble for the Top Award that is airline of the year in 2021.

The second youngest fleet in Nigeria is Green Africa, one of the two (2) new airlines in Nigeria. Green Africa has 3 ATR planes with the average age of 9 years.

Arik Air once the biggest airline in West Africa launched its operation with new aircraft but recently after it was taken into administration by AMCON, its fleet got depleted to 18 with 11 active aircraft made up of B737, A320 and Q400 with an average age of 13 years.

The most consistent airline that has survived 10 Years with no problems in Nigeria is Overland. Overland has 7 Aircraft, 6 ATR of which one is parked and one E145 with an average age of 28 years. The Boeing B737 is still the most dominant aircraft in Nigeria but last year the Airbus A320 can boast of being the bride of Nigerian airlines as Air Peace, Green Africa, Arik and Aero got hold of the equipment. The E145 came close to taking over with Air Peace, Green Africa and Overland getting some copies.

The ATR were the main plane for Overland until the arrival of Green Africa. They have taken over from the Dash 8 which were the most popular Turbo props in Nigeria.

The CRJ was used by Arik before the arrival of IbomAir in 2019. The CRJ carried Ibom Air to its position of prominence in Nigeria. With the new order for more A220 its role might be reduced on the Nigerian Airspace. Meanwhile in Africa the oldest commercial airliner still flying is from Com Air in South Africa.

Comair Boeing 737-400, the ZS-OAO is Africa’s oldest passenger aircraft. The aircraft is 32.8 years old. This is according to AeroTimes an International Aviation Journal.

Nigerianflightdeck is an online news and magazine platform reporting business stories with a bias for aviation and travel. It is borne out of the intention to inform, educate as well as alter perceptions with balanced reportage.
Previous NCAA grants premium airline, Xejet AOC
Next Nigeria Immigration Comptroller Lagos Command Bagiwa assumes duty