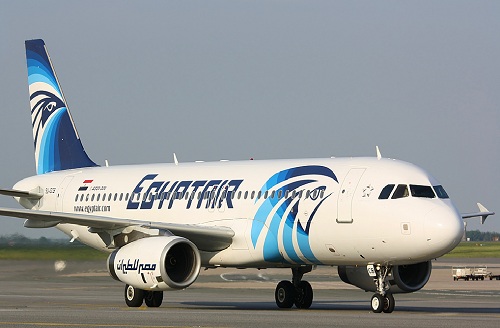 An EgyptAir Airbus A320, Flight MS804, en route from Paris Charles de Gaulle France to Cairo carrying 56 passengers and 10 crew: two cockpit crew, five cabin crew and three security personnel with two babies and one child on board has disappeared from radar with 66 people on board.

Among the passengers were 30 Egyptians, 15 French, two Iraqis, and one each from the UK, Belgium, Kuwait, Saudi Arabia, Sudan, Chad, Portugal, Algeria and Canada. 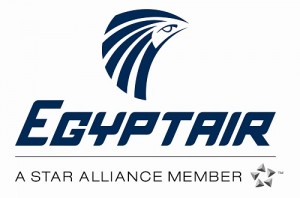 EgyptAir says the plane’s emergency devices – possibly an emergency locator transmitter or beacon – sent a signal that was received at 4.26am local time, two hours after the last radar contact.

Search and rescue efforts are underway at the site where contact was lost, around 280km (175 miles) north of Egypt’s coast. Greece has joined the search and operation, and France has pledged boats and planes to assist.

The plane, on its fifth journey of the day, was travelling at 37,000 feet when it disappeared from radar.

In March, an Egypt Air Flight MS181 was hijacked by one Seif Eldin Mustafa who has claimed to be wearing a suicide explosive belt.

The aircraft, an Airbus A320, also carrying 56 passengers from Alexandria to Cairo, along with six crew and a security official was forced to divert to Larnaca airport in Cyprus.

Nigerianflightdeck is an online news and magazine platform reporting business stories with a bias for aviation and travel. It is borne out of the intention to inform, educate as well as alter perceptions with balanced reportage.
Previous FAAN commences placement of successful 2015 recruitment candidates
Next MS804 update:Terror not ruled out as French President confirm crash