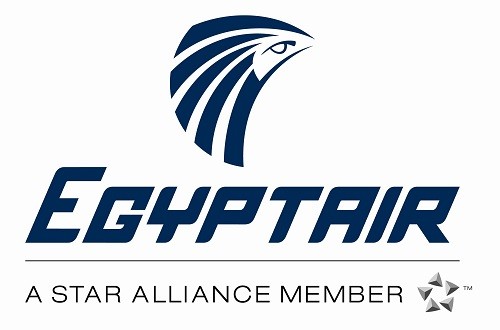 MS804 update:Terror not ruled out as French President confirm crash

NigerianFlightDeck 19th May 2016 Aviation News Comments Off on MS804 update:Terror not ruled out as French President confirm crash 689 Views

He confirmed that the plane crashed and that terrorism could not be ruled out and neither could technical problems as one cannot tell at this point.

“It was feared that this plane had crashed. The information that we have managed to gather confirm alas that this plane has crashed, and it has disappeared. 66 passengers were on board, including the crew and security personnel. Among the passengers there were 15 French citizens.

“Alongside the Egyptian authorities we are making sure that all the families should be informed during this test. Our thoughts and solidarity and compassion are with them.

“We have a duty to know everything about the causes of what happened. No hypothesis should be ruled out. Everything should be put at the disposal of the Greek and Egyptian authorities so that we can liaise with them. We have to send them ships and planes to find where the plane crashed, and to do whatever we can to collect the debris. That will allow us to find the truth.

“It could be a terrorist hypothesis but at this stage we should express our solidarity to the families and to find out the cause of the catastrophe. We will find the truth.”

However, Egypt’s minister of civil aviation, Sherif Fathy, says the plane should be regarded as “missing” until debris is found. Search is focused near the Greek island of Karpathos.

Fathy said a terror attack or technical problems could not be ruled out.

The airline in its statement said the plane’s emergency devices – possibly an emergency locator transmitter or beacon – sent a signal that was received at 4.26am local time, two hours after the last radar contact.

The airline also said contact was lost around 16km/10 miles inside Egyptian airspace at 2.30am local time (00.30 GMT) amid growing fears that the plane came down in the Mediterranean. Airbus issued a statement regretting the loss of the aircraft.

According to information online, Greek aviation source told AFP that the plane crashed 130 miles from the Greek island of Karpathos also that Egypt has launched a search operation and at least eight merchant ships and French Greek aircraft have joined the search.

There is no detail yet on possible reasons for the plane’s disappearance. Egypt’s Prime Minister Sherif Ismail said it was too early to rule out any explanation for the incident, including terrorism.

Among the passengers were 30 Egyptians, 15 French, two Iraqis, and one each from the UK, Belgium, Kuwait, Saudi Arabia, Sudan, Chad, Portugal, Algeria and Canada. Britain’s foreign secretary, Philip Hammond, confirmed that a British passport holder was on board the plane.

The plane, on its fifth journey of the day, was travelling at 37,000 feet when it disappeared from radar.

Greece’s civil aviation department has issued a timeline on MS804’s last moments and attempts to reach it:

02:24: EgyptAir flight 804 from Paris to Cairo enters Greek airspace, air traffic controller permissions it for the remainder of its course.

02:48: The flight is transferred to the next air traffic control sector and is cleared for exit from Greek airspace. “The pilot was in good spirits and thanked the controller in Greek.”

03:39:40: The aircraft signal is lost, approximately 7 nautical miles south/southeast of the KUMBI point, within Cairo FIR.

Immediately the assistance of radars of the Hellenic Air Force is requested to detect the target, without result.

03:45: The processes of search and rescue are initiated, simultaneously informing the Flight Information Region of Cairo.

No debris has been found, according to another update from the Greek defence minister via Reuters. Greece has also asked for help on sifting through satellite information on the flight.

Nigerianflightdeck is an online news and magazine platform reporting business stories with a bias for aviation and travel. It is borne out of the intention to inform, educate as well as alter perceptions with balanced reportage.
Previous Palpable fear grips as EgyptAir flight MS804 disappears from radar
Next As Sirika, stakeholders brainstorm on aviation quick, long-term fixes