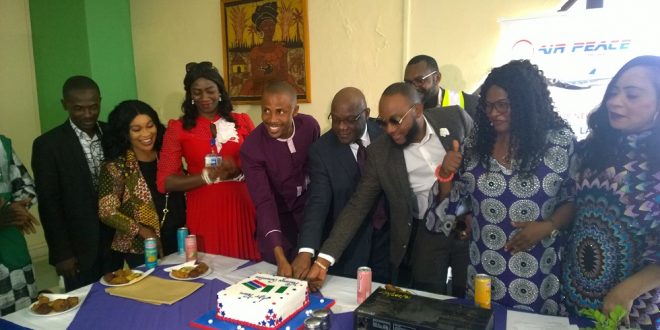 CHAIRMAN/Chief Executive Officer of Air Peace, Mr. Allen Onyema has identified seamless air connectivity as pivotal to the socio-economic development of countries within the West Coast of Africa and other nations on the continent as it made good its promise to commence its Freetown, Banjul and Dakar flight services.

The airline on its inaugural flight earned accolades from top government officials, members of the diplomatic corps, aviation regulators and corporate leaders on the West Coast of Africa.

Also speaking for banks in Banjul, the Relationship Manager, Corporate Banking of FBN Gambia Limited, Mr. Mike Junior Emeh said Air Peace’s expansion of its route network to The Gambia and other West Coast countries was a big relief for travellers.                He urged the airline to maintain its on-time reputation and consistency, assuring that the carrier would succeed in its West Coast flight operations.

In Dakar, the Director-General/Chief Executive Officer of LAS, Mr. Xavier Mary, who spoke on behalf of the operators of Senegal’s new airport, Aeroport International Blaise Diagne, said Air Peace’s Dakar service was a good opportunity for improving businesses between Nigeria and Senegal.

In his own goodwill speech, Minister in the Embassy of Nigeria, Dakar, Mr. Lot Egopija said he was pleased that Air Peace was fulfilling the cardinal agenda of the Economic Community of West African States (ECOWAS) to bridge the gap among its member-states.

“Many people have preconceived notions about Nigeria, and I hope that Air Peace will be able to allay their fears by connecting them to the country to see our vast potentialities,” he said.

Meanwhile, the Chairman/Chief Executive Officer of Air Peace, Mr. Allen Onyema has said the carrier was determined to unlock the economies of countries on the West Coast of Africa with the launch of its Freetown, Banjul and Dakar services.

The launch of Air Peace Freetown, Banjul and Dakar services closely followed the inauguration of its Kano and Yola flight operations on February 12 and 15 respectively.

Nigerianflightdeck is an online news and magazine platform reporting business stories with a bias for aviation and travel. It is borne out of the intention to inform, educate as well as alter perceptions with balanced reportage.
Previous NFF, Geo Travels and Tours partner to ensure Super Eagles get support in Russia
Next Dana Air aircraft skids off PH runway during inclement weather