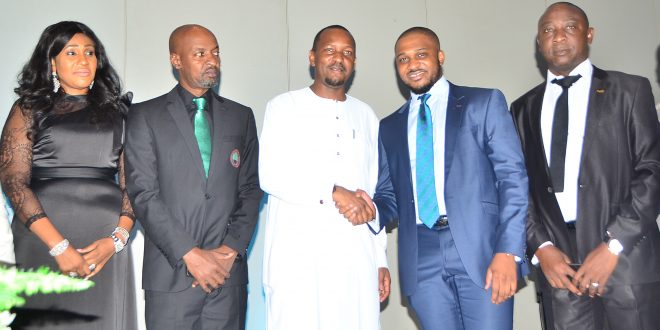 AS part of plans to support the Super Eagles of Nigeria and ensure that more supporters have the opportunity to fly to Russia, Geo Travels and Tours has announced various World Cup packages for intending travellers.

Geo a Travels and Tour which was announced the official travel partner of the Nigeria Football Association (NFF) for the FIFA 2018 World Cup in Russiasaid its backing of the football house is both critical and strategic as it would get more people in Russia and make the Eagles feel at home during their games.

In an event titles: Road to Russia, the travel agency said it was set to connect football-loving Nigerians to the Super Eagles when they face their counterparts, Croatia, Iceland and Argentina in Russia.

Pinnick who was represented by 2nd Vice Chairman, Alhaji Shehu Dikko said because of the mandate of the Eagles to go far it was imperative to get a company like Geo Travel to ensure that happens.

” it is important to make the super eagles feel the presence of home support by turning up a massive crowd in Russia. Geo Travels and tours will collaborate with the local football loving community to give our full support to the Nigerian Football national team by flying proud supporters to Russia to cheer on and support the super eagles,” Director Alex Ekeoma said.

Geo Travels and tours in its commitment to redefining travel and tourism and reintroducing Nigeria to the world will present packages that all football loving Nigerians and supporters can choose from to make it to the World Cup with packages starting from as low as N500,000, he continued.

Nigerianflightdeck is an online news and magazine platform reporting business stories with a bias for aviation and travel. It is borne out of the intention to inform, educate as well as alter perceptions with balanced reportage.
Previous Dana Air to fly tour operators, travel agents media on Fam trip
Next Onyema, Air Peace boss says Africa needs seamless connectivity to unlock economies