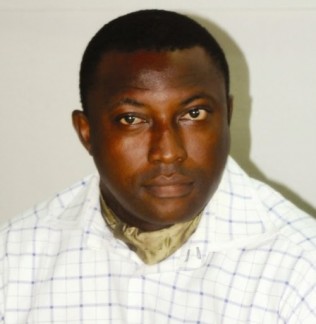 Nigeria Airline: When will we ever learn?

NigerianFlightDeck 23rd August 2019 Points of View, Your ViewPoint Comments Off on Nigeria Airline: When will we ever learn? 86 Views

THE recent visit of Ethiopian Airlines CEO, Tewolde Gebremariam, to the capital city Abuja and the subsequent press interview granted by him has generated a lot of negative comments from stakeholders and industry players who found some of his comments and mission to Nigeria, offensive. What was offensive to players was his description of Nigeria airlines as being weak, and their intention to invest and own a carrier in Nigeria.

I do not align with the negative comments because he did not use safety risk but weak which is very broad and can be interwoven with other concomitants when assessing the state of Nigerian airlines. I also do not see anything wrong in ET investing in a local carrier, if the extant laws are applied and a level playing field is applied for all investors in the industry.

ET is currently in Togo through an investment in ASKY airlines, in Ghana partnering with their government for a national carrier as also in Niger Republic and operating four entry points into Nigeria. ET will not be eligible to start our national carrier if they don’t give concessions because fares, services and competition will be sacrificed to the detriment of Nigerian and other west  coast passengers. They should be encouraged to invest in any of the domestic airlines or start a new one. This will ginger competition on the home front, improve service delivery and ultimately reduce fares.

We have Comair in South Africa a British Airways franchise, ASKY in Togo partly owned by ET as stated earlier and AWA in Ghana whose forbearers are a team from HAINAN, a Chinese airline. These airlines are doing very well in the region and are poised to latch into the Single Africa Air Transport Market successfully.  We need more airlines in the domestic market considering some routes have exorbitant fares as high as N70,000 just because there are no competitors on that route, a subtle connivance among operators.

Let me digress a bit, the unending clamour for the reversal of the different Bilateral Air Service Agreements (BASA) signed by Nigeria with other nations will be unabated. The reasons for these are the multiple entries, persistent increase in gauge and frequencies for foreign airlines which is a clear departure from the past where these airlines seek to discuss with our carriers on commercial partnership or pay royalties to the government for extra flights beyond what was agreed in the BASA.

Commercial aviation the world over has moved beyond royalty payment to any government that is desirous of developing a vibrant industry rather than parroting it, while it also encourages talking or partnering with their homegrown airlines. The government has a responsibility to strengthen their airlines, protect any designated carrier who carries the flag which ultimately increases employment and productivity. It’s a better option to increasing frequencies for foreign carriers who will use one ground-handling company and same office staff which lowers their cost, increase profit and capital flight.

The industry was alarmed last week when the news broke that Emirates airline has been granted an extra frequency to Lagos despite having two daily frequencies to Lagos and another daily flight to Abuja while Etihad airline from the same country also has a daily flight.  To our amazement Emirates said it was a hajj flight and it will operate for one month. Did emirates bid for Hajj? Why didn’t they park the aircraft at the Hajj camp to ferry the passengers? Why were other passengers going to other international destinations taken inbound and outbound on a Hajj flight?

Heads in the Ministry and NCAA should roll, and Emirates sanctioned for this breach, as this was a deliberate act targeted at frustrating Air Peace out of the Sharjah route. Unfortunately, government officials became pawns to kill our own. We need a selfless Minister in our industry and the President should look at a commercially oriented person or we will keep going round in circles. Nigeria Airways and not Emirates, developed the Dubai route. Emirates only latched on to the fruits when WT fell. Emirates love multiple entries and frequencies yet can’t invest in a Nigerian airline or build one themselves. When will we ever learn?

Curiously, why do they sidetrack our airlines for discussion with politicians at the Federal and State level? Why are we having a cacophony of responses or reactions in the industry to the obvious slide in our commercial air-transport which is now advantageous to the foreign airlines? Why will an investor come in when the natural protectionist policy for homegrown airlines have simply vanished by just walking straight to the Presidency or the Ministry with an a-la-carte and the deal is signed? Kenyan government has withheld Emirates application for a third frequency and Etihad’s application to operate into Nairobi because they need to sort out Kenya Airways’ dwindling performance.When will we ever learn?

The industry players are the greatest culprits in all of this and the incoming Minister for State (Aviation) must be very careful while seeking advice, which is oftentimes laced with self, and not national interest. The recent hearing at the Senate where almost all the Senators were defending international flights to their states and the reasons to sustain them is a typical example, while industry players in turn speak on behalf of who pays a cheque or supports their personal programmes.

We are on the verge of starting a new national carrier after many false starts from Air Nigeria in 1993 to Nigeria Air in 2018. 26 years, and we are still going round in circles. During this period, the best we got for our efforts was Virgin Nigeria, who within six years had all certifications and numerous offers for partnership.

Virgin Nigeria was later made to pay the ultimate price, starting with a wide-body on a wet lease which was forced on them by the government of the day which insisted that they wanted an international presence in London and other cities. The lease unbalanced VN operations and burnt quickly through whatever funds the airline had raised. Not surprisingly, while Virgin Nigeria won a number of best new airline awards in 2006, in 2008 it also reported a $41 million loss, equivalent to 80% of the airline’s start-up capital, the rest is history.

We are toeing that line with the new national carrier project of acquiring five aircrafts and flying to international destinations almost immediately without any base or foundation, just government support without requisite funding. No wonder the investors had to flee or in local parlance put us in “is coming” mode. When will we ever learn?

The immediate past Minister; Senator Hadi Sirika till the 90th minute, in his numerous meetings with stakeholders never saw anything reasonable in discussing the faith of Aero and Arik and tying it with the new national carrier.

It’s time to bite the bullet and the government must take a firm decision. In doing that, we must realize that the banks owed by the duo are owned by Nigerians and they also need to be protected, the Ministry of Finance, Justice and the Central Bank must be involved in the final push or the bullet will ricochet.

Domestic airlines are protected and supported irrespective of agreements signed with other countries, Nigeria cannot be different. The US3 (United, American & Delta) met with their President recently to resist the open skies agreement with M3 (Qatar, Etihad & Emirates).

The CEO of Delta was tactically absent because he bought Airbus aircraft and not Boeing and didn’t want to be tongue lashed or Trump lashed. The US has refused to sign open skies with China till date because their airlines and unions resisted saying it’s a threat to their job security. Yet smaller countries were bamboozled to the open skies dotted lines. Kenya government is still trying to straighten Kenya Airways’ (KQ) books. They are re-nationalising the airline while KLM the technical partner is still dumbfounded.

They also tried to make a joint holding company to manage KQ, Kenya Airports and other government owned service providers which was resisted by the airport workers with a devastating strike.

ET and the M3 have successfully used this model as a quasi subsidy option to buffet the bottom-line of their carriers and strengthening their finances hence the outcry by US3. I am not advocating this model for Nigeria. Obviously, we have moved beyond that stage.

Our airlines would receive more foreign direct investment and offers of strategic partnership if airlines and the aviation sector were run on a transparent basis, securing long-term funding, scarce access to capital means playing by international rules. Annual reports must be prepared to international accounting standards, quarterly reporting of operational statistics and presentation of board meeting reports on strategic decisions amongst other things must also be maintained.

Nigerianflightdeck is an online news and magazine platform reporting business stories with a bias for aviation and travel. It is borne out of the intention to inform, educate as well as alter perceptions with balanced reportage.
Previous NIS to build foreigners’ data base, flags off Migrants E-Registration initiative in Ogun next week
Next Med-view commences inbound airlift of hajj pilgrims from Saudi Arabia