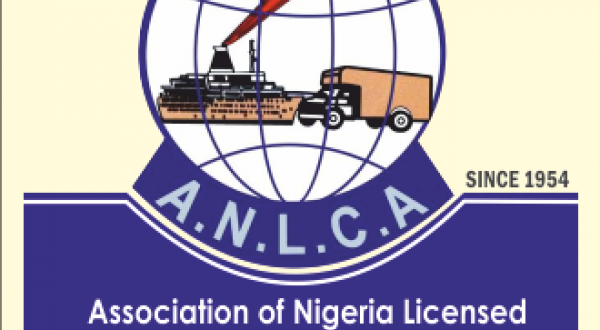 NEWLY elected officials of Association of Nigerian Licensed Customs Agents (ANLCA) Murtala Muhammed Airport (MMA) Chapter have said claims that a sole administrator would be appointed to run the affairs of association from Monday January 14, 2019, were false and misleading.

This reaction is coming against the backdrop of an impending crisis in the association where some disgruntled elements are allegedly out to scuttle the process that has brought in the new executives.

Chairman-elect of the ANLCA, Mr Temitope Pius Akindele, who spoke on this development at Lagos airport stated that there is no precendent in the association’s constitution and such rumoured misinformation should be regarded as an empty threat.

Akindele said that any person or group of persons, touting such idea is spreading mere rumour, making empty threat because any attempt to appoint a sole administration to run affairs of the association, after an election has been duly contested, won and certificate of return issued by the electoral body to the winner, is illegal because it does not have backing of the association’s constitution.

The term of office of the incumbent administration of ANLCA at Murtala Muhammed Airport Chapter led by Chief Aloysius Nze expires today Sunday, January 13, 2019 and a new administration of elected members under the leadership of Akindele is expected to take over by Monday January 14, 2019.

He said that ASECO called for elections as scheduled, and since he had the intention to contest elections to the office of the Chairman of Murtala Muhammed Chapter of ANCLA based on his antecedents, he obtained the form to contest the election from ASECO. The renowned clearing agent said he went through the screenings and election was held and he came out victoriously, because people voted for him.

“The fact is this, there is nowhere, from section one to section thirty-three of our supreme constitution, which specifies that a sole administrator should be appointed. The elected have to come out for elected offices. It is normal that when elections are held, there could be grievances from one person or the other. By the special grace of God, the term of office of the seated chairman will terminate on January 13, 2019.

A certificate has been given to me to occupy that very seat come January 14, 2019, that is, on Monday. So there is nothing like interim or appointment of a sole administrator to run the affairs of the association at Murtala Muhammed Airport (MMA) Chapter. Absolutely there is nothing of such. I am the duly elected chairman for MMA chapter of ANCLA from January 14, 2019 onward. No contention.

I have not heard, learnt or witnessed any grievances anywhere against my election. It must be a rumour and there is nothing of such in our association. We don’t have issue with anybody, we are one and there is no crisis.
The Managing director of Green Starline Nigeria Limited who insisted that the election was free and fair and without any objection from any notable person or group of persons, after he was declared victorious, explained that the election was witnessed by the five members of the board of trustees of the association who acclaimed it as free and fair.

“By special grace of God , the condition to hold an election ANLCA is; five members of the Board of Trustees took their time to be at the venue of the election and witnessed the entire process. Ordinarily only one or two of the trustees were supposed to be there; but they knew that this zone has the largest number of chapters of the association, that means everybody, every respected person that was expected to be in attendance including pressmen, was in attendance and witnessed the elections of five, Apapa, KLT, Seme, PTM and MMA chapters that were held. There were no elections for other chapters which were not due for election. The elections in chapters in Western Zone that were due for elections were held accordingly,”’

Nigerianflightdeck is an online news and magazine platform reporting business stories with a bias for aviation and travel. It is borne out of the intention to inform, educate as well as alter perceptions with balanced reportage.
Previous NCAA warns public against unauthorized charter operators, threatens sanctions
Next Dana Air aids NGO to raise over N6m for cancer patients