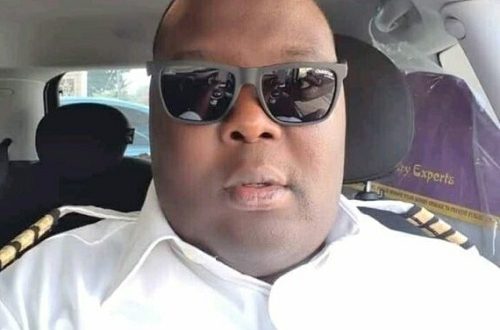 SENATOR Bala Ibn Na’Allah representing Kebbi South has released a statement expressing hope that the death of his son would play a major role in finding solutions to Nigeria’s problems.

The Senator who is a member of the Senate Committee on Aviation in a reaction to the death of his son, a pilot Abdulkarim Na’Allah also dispelled any rumour that those who murdered his child were armed with guns stating that they gained access through the roof and strangled him.

The lawmaker said that he would love his son in death as he was a wonderful person in his life.

Senator Na’Allah also said the life of his late son was not better than that of any of any other Nigerian noting that the family has left everything to Almighty Allah.

The Kebbi South senator thanked the Nigerian Police and Kaduna government for their intervention and prayed God grants his son eternal rest.

Kaduna State Government described Na’Allah’s death as “appearing to be a case of culpable homicide.”

Alhaji  Tukur who condoned with the family of the deceased and prayed for the internal repose of the deceased’s soul,  described the death of the young pilot as a big blow to the aviation industry also urged security agencies to ensure that the perpetrators are apprehended to answer for their heinous crime.

He noted that the deceased possessed an exceptional skill stressing that it was gravelly regrettable that the industry had  to lose such a promising professional at a time aviation was experiencing high dearth of skilled manpower.

The young aircraft pilot was allegedly murdered in his home at Malali GRA in Kaduna Metropolis by alleged bandits who were said to have gained entry into his residence through the ceiling.

Tukur however said the mode with which the killing was carried out suggested assassination and called on the security agencies to widen their dragnets to fish out the perpetrators.

Nigerianflightdeck is an online news and magazine platform reporting business stories with a bias for aviation and travel. It is borne out of the intention to inform, educate as well as alter perceptions with balanced reportage.
Previous Former LAAC Chairman, Mrs. Adinoyi buries mother in Irrua, Edo State
Next Arik Air restarts flights to Sokoto, Kano