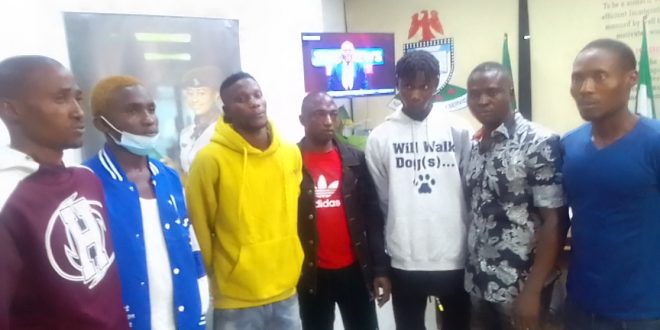 Eleven surviving Nigerians from a stowaway party of thirteen who were allegedly tortured on board  a cargo vessel the ‘Ophelia Panama’ registration (IMO9228083) were rescued by Liberian immigration and returner to Nigeria via the Murtala Muhammed International Airport( MMIA).

The 13 Nigerians and one Cameroonian aged between 24-40 were returned to the country  escorted by a 9-man team of Liberia Immigration Officers led by Capt. Mark J Weaye aboard ASKY Airlines, Flight KP062 at about 4:00pm on Thursday, 6th October 2022.

According to reports, the stowaways all sneaked into the basement of Ophelia Panama, a cargo ship at Tin Can Island, Apapa, Lagos at about 12 midnight on Wednesday, 7th September 2022 after transporting themselves on a smaller boat to the ship.

They entered with their personal belongings and some food items, with the hope of somehow making it any country in Europe. The ship set out for Europe in the morning, without the slightest knowledge of the crew of Ophelia Panama .

However, on the fifth day of their trip, after the exhaustion of all the food items in their possession and they were close to starvation, they all decided to present themselves to the ship’s crew in hope of some sympathy and food for survival.

However,  upon their appearance before the crew members of the ship, they were all subjected to severe physical and mental torture.

Thereafter, they were dumped into the waters in their threes by the crew members. Two Nigerians of them, namely Frank and Osas, died in the process, the Cameroonian was nowhere to be found while the remaining eleven sustained a lot of injuries. 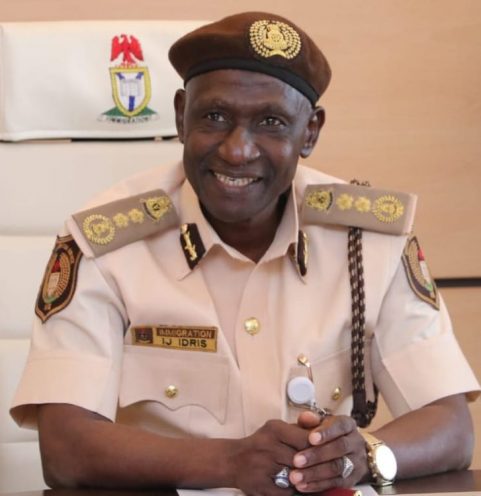 While struggling for their survival in the waters, they were rescued by Liberian fishermen who tended to their injuries and alerted the Liberian Immigration Service.

Narrating their ordeal in the high sea, Emmanuel Benjamin a 31 year old from Delta State said,”I was a mariner driver. I have been driving boats for almost seven years. Our boat got burnt and since then I have tried my best, i have two kids but when I saw this opportunity, I decided to leave so my children can live a better life.

” We met each other on the ship, we are 14 with one Cameroonian. We moved from Nigerdock entering the vessel through the rudder side. When the ship was moving after four days our food finished and so we wanted help from the crew. Unfortunately, the crew started spraying us chemicals which were burning our skins while demanding us to jump into the high seas.

Receiving the stowaways, the Comptroller of Immigration Service, MMA Command, CIS Adeola Adesokan forwarded them for documentation and profiling and made provisions for their feeding and allowed them to share their horrifying experiences for the world to hear.

She stressed that the act of the Liberian Immigration showed the true spirit of Pan-Africanism thanking them for being their brothers keepers.

Adesokan said,”We discovered they are Nigerians making efforts to run away from the shores of the country. Their story is very harrowing, very pitiable, there was hot water flushing , thrown into the high sea and left to destiny.

“On behalf of the Controller General Isah Jere Idris we want to thank the Commander General for immigration for Liberia for their kind gesture.

Nigerianflightdeck is an online news and magazine platform reporting business stories with a bias for aviation and travel. It is borne out of the intention to inform, educate as well as alter perceptions with balanced reportage.
Previous NIS State Command intercepts 3 minors suspected to be organised trafficking victims
Next Air Peace restores Lagos-Johannesburg flights October 9