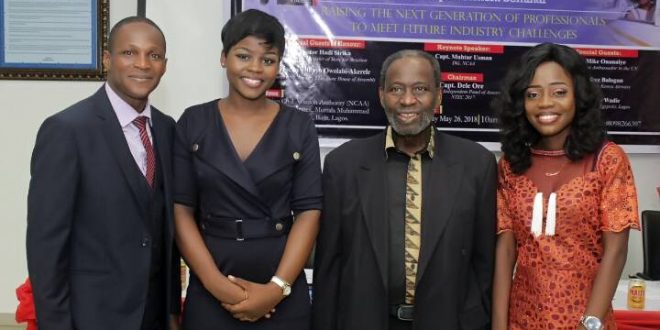 NO fewer than 7,362 stranded Nigerian migrants have voluntarily return from Libya through the joint initiative of the International Organization for Migration (IOM) and EUTF as part of efforts for migrants protection and reintegration.

Mrs. Opeyemi who delivered the Keynote Paper titled: “Embracing regular migration,” stated that regular or orderly migration is the movement of a person from his or her usual place of residence to a new place of residence, in keeping with the laws and regulations governing exit of the country of origin and travel, transit and entry into the destination or host country.

She disclosed that trafficking In persons and smuggling were two major types of irregular migration with serious dangers such as sexual and other forms of abuse, forced labour, slavery, detention, theft, kidnap leading to exploitation of family members and ultimately death.

She added that it has become a global issue for the international community and for specific governments as well as poses concerns for national security and contributes to the possibility of aggravated diplomatic relations with other countries. She said some of the causes of Trafficking and Smuggling include poverty, unemployment, and lack of opportunities among others.

As part of the IOM’s efforts to address the problem, Mrs. Kolawole said that: “To date IOM has assisted 7,362 stranded Nigerian migrants to voluntarily return from Libya under the EUTF-IOM Joint Initiative for migrant protection and reintegration. Of this number 4,387 are males and 2,975 females.

Speaking at the event which has grown to become a regular feature on the annual aviation industry calendar, the Founder and National Coordinator of NTEC, Mr. Ewos Iroro, said that over the years, the National Travel Essay Competition and Youth Empowerment Seminar has gradually succeeded in not only stimulating the interests of many young Nigerians to learn about the aviation and travel and tourism sectors, but to also follow a career in the sectors.

In line with the subject of the day, the grand finale of NTEC 2018 got underway with oral assessments of the top ten shortlisted finalists in defense of their entries in both Secondary Schools and Tertiary Institutions categories.

“This year we thought it was necessary to beam a searchlight on the subject of illegal migration in the light of recent disturbing developments in Libya where many of our young Nigerian citizens lost their dignity, freedom and in some cases their very lives due to the menace,” said Mr. Iroro.

Hence the topics chosen for NTEC 2018 were: “The Role of Economic Insecurity In Illegal Migration,” for Secondary Schools; and “Illegal Migration And Modern Day Slavery: Which Way To Go?” in the Tertiary Institutions Category.

At the end of a robust session of oral presentations Miss Yinka-Banjo Victory of Princeton College, Surulere, Lagos emerged as the Grand Prize Winner of N100,000 cash and a free ticket to Dubai courtesy of Kenya Airways in the Secondary schools category.

Nigerianflightdeck is an online news and magazine platform reporting business stories with a bias for aviation and travel. It is borne out of the intention to inform, educate as well as alter perceptions with balanced reportage.
Previous Air Peace decorates Sinmisola Ajibola, first female captain
Next FAAN recovers 17vehicles from ex-officials through ICPC