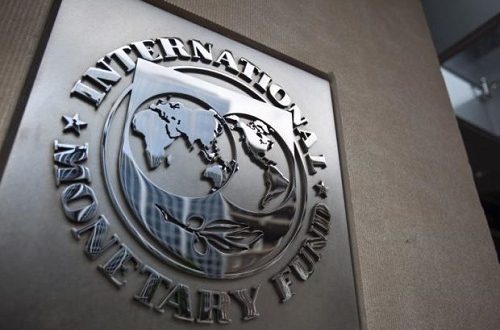 THE International Monetary Fund (IMF) has said the economies of Nigeria and other sub-Saharan Africa is expected to have overall economic growth of 3.8 per cent, at par with the global forecast of 3.7 per cent.

However, the region’s growth numbers would be again led by Ethiopia, Rwanda, Ghana, Côte d’Ivoire, Senegal, Benin, Kenya, Uganda, and Burkina Faso, which remain in the top 10 with Tanzania joining that group this year, replacing Guinea.

That growth is driven by the steady rebound of commodity prices, an improvement in the global economy and improved capital market access after several of the countries made valiant attempts to get their fiscal books in order following the commodity price slump of 2014-15.

If not for the underwhelming performance from Nigeria and South Africa, the continent’s big two, those numbers would have been even better but both are recovering from a pretty tough 2018 and have presidential elections this year.

Nigeria is expected to see an expansion of 2.3 per cent—better, but not much, than the 1.9 per cent of 2018. IMF said that South Africa would expand by 1.4 per cent which is, again, an improvement on 0.8 per cent last year, but nothing to cheer about.

As Washington DC think-tank, Brookings, noted in this year’s Foresight Africa report, that kind of growth doesn’t look great up against 2.5 per cent annual population growth.

“If you leave out the big two and Angola, aggregate growth for sub-Saharan Africa rises to 5.7 per cent for 2019. About half of the world’s fastest-growing economies will be located on the continent, with 20 economies expanding at an average rate of five per cent or higher over the next five years, faster than the 3.6 per cent rate for the global economy,” Brahima Coulibaly, Director of Brookings’ Africa Growth Initiative said.

He however, said the elephant in the room must be addressed when it comes to African economies this year and that is, of course, rising debt.

“We’re coming to the end of a decade of cheap debt, which some African countries piled on in the latter half of that decade. There’s a real risk, with the likelihood of global recession in 2020, commodity prices will fall as demand drops. Several African countries might struggle to manage their debt servicing—especially if interest rates continue to rise.

“At least 14 countries are either in debt distress or at high risk of debt distress up from six countries just five years earlier. These countries currently have total debt of around $160 billion, of which $90 billion is external debt,” Brookings said.

As we’ve written in the past, Africa’s growing debt is a ticking time bomb. The average debt to GDP ratio rose to 57 per cent in 2017 and has hit extremes in countries including Cape Verde, Eritrea, Congo Brazzaville and Mozambique where it exceeds 100 per cent of GDP.

As the global economic environment changes updating debt management strategies should be a priority for African policymakers in 2019, and they’ll need “to take bold steps to strengthen governance around tax revenue collection.”

Nigerianflightdeck is an online news and magazine platform reporting business stories with a bias for aviation and travel. It is borne out of the intention to inform, educate as well as alter perceptions with balanced reportage.
Previous CCNN tops gainers, Newrest ASL led losers as Equities Market rises 0.58%
Next Otedola moves to acquire Forte Oil Upstream, Power Firm