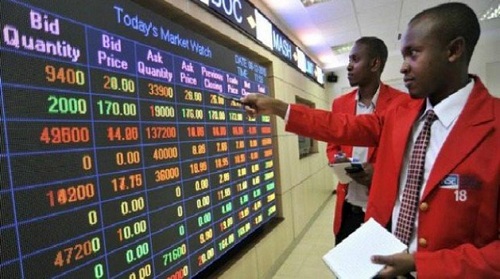 The upturn was impacted by gains recorded in medium and large capitalised stocks, amongst which are; CCNN, Stanbic IBTC Holdings, CI Leasing, Dangote Sugar and Oando.

Analysts at APT Securities and Funds Limited said that “we expect the renewed interest to moderate in the next trading session.”

Analysts at Cordros Capital stated that “we reiterate our negative outlook for the equities market in the short to medium term, amidst political concerns ahead of the 2019 elections, and the absence of a positive market trigger. However, positive macro-economic fundamentals remain supportive of recovery in the long-term.”

Market breadth closed positive, recorded 21 gainers against 13 losers. CCNN recorded the highest price gain of 10 per cent, to close at N22 per share.

Transactions in the shares of Diamond Bank topped the activity chart with 100.67 million shares valued at N209.01 million.

Nigerianflightdeck is an online news and magazine platform reporting business stories with a bias for aviation and travel. It is borne out of the intention to inform, educate as well as alter perceptions with balanced reportage.
Previous Delta Air Lines announces December Quarter and full year 2018 profit
Next IMF predicts 3.8% growth of African economies, Nigeria included