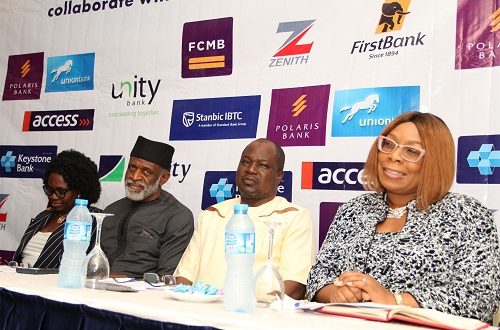 FAAN assures of solvency as it engages banks, contractors on opportunities

NigerianFlightDeck 11th December 2018 Business & Economy Comments Off on FAAN assures of solvency as it engages banks, contractors on opportunities 138 Views

FEDERAL Airports Authority of Nigeria ( FAAN) has given its assurances to its contractors and financial institutions that the agency is credit-worthy and is prepared to help strengthen the relationship between both parties in the interest of improved project financing.

No fewer than nine ( 9) financial institutions met with numerous contractors at a meeting facilitated by the federal Airports Authority of Nigeria ( FAAN) Radisson Hotel, Ikeja, Lagos too enable them (contractors) get access to funding to enhance their capitals so they can access opportunities.

Managing Director of FAAN, Engineer Saleh Dunoma who gave the assurances of the airport authority’s solvency and credit worthiness said the objective of the collaboration was part of Federal government’s innovative steps at ensuring and encouraging better access to funding especially for small and Medium scale enterprises.

Dunoma who was represented by Director of Engineering, Nurudeen Daura said FAAN was collaborating with commercial banks and contractors as,”It will assist in developing a financial mechanism aimed at optimising the cash flow of FAAN and also provide the much-needed support to our contractors to enable them access opportunities for working capital enhancement .”

He also stressed that the collaboration will help FAAN improve on its revenue generation and collection as well as improve on its financial efficiency and enhance its service delivery at all airports.

The scope involves working with selected financial institutions, in order to provide liquidity to our major FAAN contractors through direct and contingent funding.

Speaking on the Objectives and benefits of the scheme, General Manager Finance FAAN, Mrs. Funmilayo Grace Olonisakin said the objectives of the scheme was to provide a platform to enable SMEs have access to a wider range of financial services in order to expand the scope and scale of their operations.

She however sounded a note of caution to the banks to also do their due diligence and Credit Risk Management System (CRMS) checks on the the contractors.

Mrs. Olonisakin however disclosed some findings from the contractors by FAAN most of which were tied to high interest rates that could eat into their profits and that they needed more clarification from banks on the terms and conditions of their loan offerings.

Representative from Union Bank who came onboard, gave assurances to contractors who were at the event stated that the bank is willing to finance contractors for short term but that to obtain such finances, the contractors will need to provide adequate information speedily.

He emphasized that things like the contractors books, audited reports, it’s track record of meeting its obligations will be accessed and that their responses as a bank depends on how quickly these information are provided.

A contractor Oyeleke Atoyebi of Aluval Resources Limited who reacted said that the banks were fantastic in their marketing their product but expressed fear stating that the real practice was far from what they have preached.

He asked FAAN to reassure the banks of their solvency.

Tags FAAN assures of solvency as it engages banks; contractors on opportunities

Nigerianflightdeck is an online news and magazine platform reporting business stories with a bias for aviation and travel. It is borne out of the intention to inform, educate as well as alter perceptions with balanced reportage.
Previous A Night with Basil: Ground handling coys require importation waivers to reduce operation cost
Next FAAN DFA, Aboderin entices contractors, Banks with investment opportunities