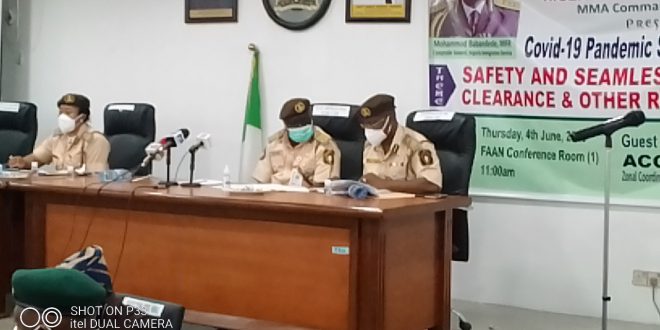 NIGERIA Immigration Service (NIS) as part of efforts to ready its officers at the airports against the new normal post Covid-19 have told their men  to imbibe discipline, put their acts together and synergize with other agencies around the airport for seamless facilitation.

This is just as the NIS said that it is only by being discipline individually and collectively and sticking to set protocols  that men can ensure the COVID-19 scourge ravaging the world does not re-enter the country through its international gateways .

Assistant Comptroller General NIS, Zone A, Lagos, Mohammed Alfa who gave this charge as a COVID-19 Sensitization Lecture  titled  Safety and Seamless Passenger Clearance at the Murtala Muhammed International Airport (MMIA) Conference Centre said for the men to tackle COVID-19, they needed to be discipline individually and collectively while doing their jobs diligently.

Alfa in his lecture titled: The Role of Discipline in Nigeria Immigration said officers who are operating must abide by set rules and regulations stating that discipline will are the only way to enable the organization with such huge staff strength of over 25,000 to maintain cohesion and have a direction especially now. 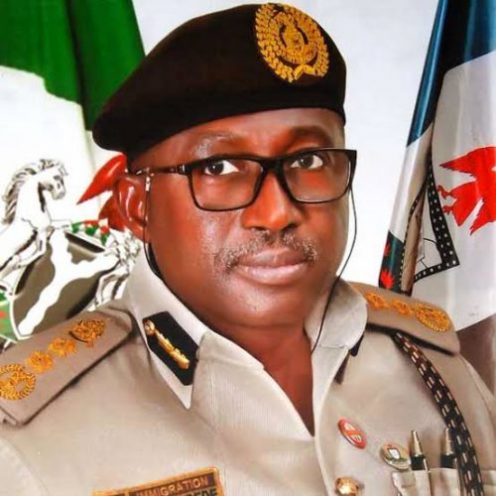 “For us to succeed, for us to be able to attack COVID-19, then all of us as individuals and collectively will have to be discipline. Self discipline collective discipline and by the time we do that the protocols become very easy for us to comply with. We are talking about simple rules and regulations

“We are talking about people not engaging themselves in impersonation, when you have self discipline you will not engage in that, you know it’s wrong.”

He also applauded his ability to ensure all stakeholders in the business of facilitation were represented stating that it showed there was real synergy at the MMIA command.

He explained earlier,” We interact with diplomats we interact with government officials, we also interact with other agencies and what we have seen today is wonderful, we have virtually all the security agencies operating at the airport here with us. In addition to all of this, we issues sensitive security documents, like I said earlier we issue visas, we also issue passports to deserving Nigerians. We are also involved in the issuance of passports and other travel documents.

The immigration comptroller said discipline remains the abiding guidelines of NIS, stating that discipline means strict adherence to the rules and regulations on how workers are expected to cooperate and behave in an ethical and normal way.”

In his welcome address, Comptroller Immigration, Murtala Muhammed International Airport, Abdulahi Usman said that in preparation to embrace the new normal  the NIS MMIA is sensitizing  on the new routines as airports operations will never be the same again

“Our operations at the airport will never be the same again and we have done this deliberately involving all stakeholders as NIS does not work in isolation and facilitation is an entire process involving a lot of people and agencies.

Regional Manager South West Federal Airports Authority of Nigeria (FAAN), Mrs. Victoria Shinaba in her submissions thanked the airport comptroller for carrying everyone along while stating that the airport authority was already doing everything to ensure smooth facilitation come resumption of international flights.

“It good we all have to understand and be on the same page because passenger facilitation involves a long list of people from Immigration, Port Health, Aviation Security, Directorate of Security Services, National Drug Law Enforcement Agency (NDLEA)  all working towards seamless facilitation.

She said the Airport authority has provided shields for each immigration booth and have done markings to enable social distancing stating that the process is not just at the gate but from outside the terminal.

Nigerianflightdeck is an online news and magazine platform reporting business stories with a bias for aviation and travel. It is borne out of the intention to inform, educate as well as alter perceptions with balanced reportage.
Previous FEC approves N1.7billion for consultancy on second Abuja runway
Next COVID-19: Unions write President Buhari, set to mobilize workers for sit at home strike over salary payment