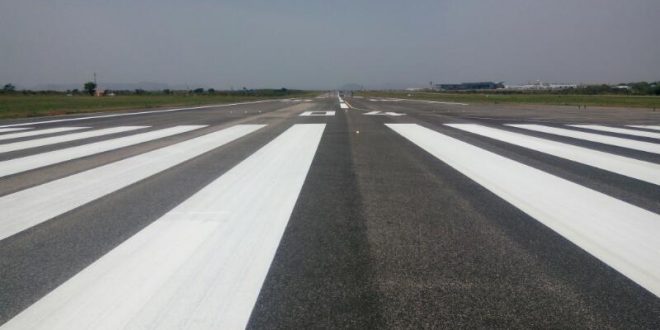 Abuja Runway 04 with markings done during the day

THE Federal Executive Council (FEC) yesterday approved the sum of N1.7 billion for consultancy services for the construction of a second runway at the Nnamdi Azikiwe International Airport Abuja with a plan to achieve the second runway if awarded, before the end of the administration.

Minister of Aviation, Hadi Sirika, who disclosed this while briefing State House correspondence at the end of the 3rd virtual meeting of the council, presided by President Muhammadu Buhari said the amount, covers consultancy services for the design of the new runway.

“Today in council, a memo from the Ministry of Aviation was considered; and it is the consultancy services for the construction of second runway here in Abuja. The contract went to a consortium of consultants for the total contract sum of N1.7 billion.   Read also: N64billion Abuja Airport second runway: what lies beneath?

“This includes 7.5 percent VAT and also the exchange rate for the dollar component of N360 to one dollar. “And this is what caused the seeming increase in the last estimated figure,’’ he said.

The minister revealed that the consultancy part of the project was for 12 months. He said that a lot of work had been done in the procurement consultancy services, adding that it would be fast-tracked.

The Abuja airport currently has only one runway which was closed for 6 weeks for extensive repair work in March 2017 given rise to the pursuit of a second runway as contingency.

Recall that in 2010, a contract to build a second runway at Nnamdi Azikiwe International Airport in Abuja, Nigeria was awarded at a cost of N64 billion ($165M USD) which came under serious scrutiny and outrage for its perceived inflated contract sum.

The contract eventually never saw the light of day as the project was abandoned. This new move by the Government brings renewed hope to the actualization of the second runway to complement the existing runway.

Nigerianflightdeck is an online news and magazine platform reporting business stories with a bias for aviation and travel. It is borne out of the intention to inform, educate as well as alter perceptions with balanced reportage.
Previous NCAA confirms 5 airports approved for flight resumption
Next COVID-19:  NIS holds sensitization lecture on seamless facilitation