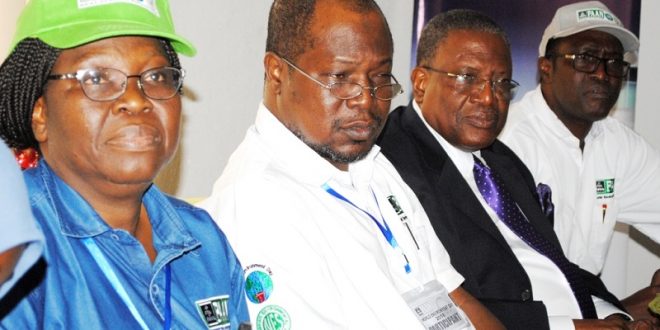 COMMISSIONER of the Accident Investigation Bureau (AIB), Engr. Akin Olateru stated that improving the environmental performance of aviation is a challenge and integrated policies and measures to protect the environment need to be in place.

Olateru who gave a Goodwill Message at the 2018 World Environment Day organism by the Federal Airports Authority of Nigeria (FAAN) with theme: ‘Beat Plastic Pollution” stated that plastic is composed of toxic pollutants and as such has potential to cause great harm to the environment in the form of air, water and land pollution.

According to the AIB Commissioner, the sure fire way to address the plastic pollution scourge is for individuals and companies around the world to agree to implement practices to reduce waste at every level.

In airports he called for a mechanism to tackle Foreign Object Debris (FOD) which he attributed various major accidents to including the July 25, 2000 DC 10 accident that caused the concorde crash killing 100 passengers, 9 crew members and 4 people on the ground.

As part of solutions, Olateru suggested that,”Airport should develop a mechanism to check and remove FOD and the likes from runway, taxiway, apron, aircraft parking areas and loading ramps. A daily self inspection should be conducted.”

“A debris management program should be developed to include awareness and training, detection through manual inspections and equipment; removal using equipment and evaluation of the program through data collection to identify ways to make improvement.”

“Concessionaires at airport can be advised on options they can switch to for packaging, storing and bagging items. Many companies around the world today are coming up with excellent low-cost replacements, such as bamboo utensils in place of plastic ones.”

According to the AIB boss, as the world’s population continues to grow, so does the amount of garbage that people produce. On-the-go lifestyles require easily disposable products, such as soda cans or bottles of water, but the accumulation of these products has led to increasing amounts of plastic pollution around the world.

Nigerianflightdeck is an online news and magazine platform reporting business stories with a bias for aviation and travel. It is borne out of the intention to inform, educate as well as alter perceptions with balanced reportage.
Previous IATA, AFRAA sign MoU to advance connectivity, infrastructure development in Africa
Next Overland Airways recommences Asaba flights as Delta govt re-opens airport