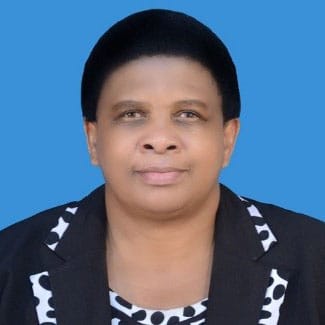 She has more than 30 years of working experience in Meteorology at national and international levels, a career she started in 1988.

Dr. Kijazi has remained engaged in meteorological operations and management in various positions during this period. She has vast experience in meteorological infrastructure and technology; research, modelling and prediction; data management and information sharing; and quality assurance and risk management.

The new director has also served in various positions at the regional and global levels. She served as a member of the WMO Executive Council, member and Co-Chair of the UN-10 Member Group to support the Technology Facilitation Mechanism (TFM), Member of the International Affairs Committee of the American Meteorological Society (AMS) and Chair of the SADC-Meteorological Association of Southern Africa (MASA).

She has since resumed office on 10 December, 2022, according to a statement signed by Dr . Kosmos E. Akande-Alasoka (DPA), Public Information Officer, World Meteorological Organization (WMO).

Nigerianflightdeck is an online news and magazine platform reporting business stories with a bias for aviation and travel. It is borne out of the intention to inform, educate as well as alter perceptions with balanced reportage.
Previous NIS rues 140,000 unclaimed passport booklets as MMIA Command set target for 2023
Next NIS CG reveals plans to upscale systems, reduce human interface