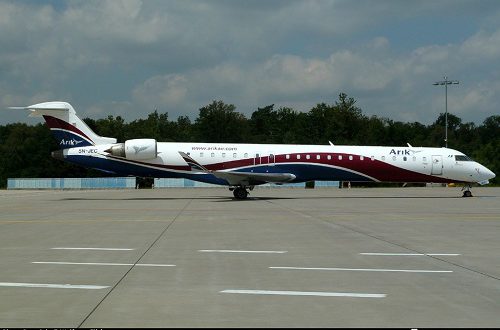 FOLLOWING a meeting with the convened by the Minister of Labour and Employment between Arik Air and union members, Monday’s planned shutdown of the airline has been put off sequel to an intervention.

In a notice to all staff dated August 16, 2020, the National Union of Air Transport Employees (NUATE) and the Air Transport Senior Staff Services Association of Nigeria (ATSSSAN) told staff that after its conciliatory with management on 13th August 2020. Read also: Unions to ground Arik Air August 17 over 90% staff layoff, non-payment

The letter in part read,” At the meeting, the Honorable Minister told the management that it violated the labour law by unilaterally tampering with working conditions through its actions that affected the work and wages of its employees without recourse to the unions. And the minister directed the management to immediately remedy that situation by reverting to our unions.

“On the conditions of Service (Terminal Benefits) the minister implored our unions to accept the plea by the management to allow the meeting scheduled for 18th August, 2020 to hold whereby the management committed to final resolution of the matter.”

“Based on the above, the action slated for 17th August, 2020 is hereby shelved temporarily. In its place a congress meeting to consider the outcome of the meeting of 18th has been scheduled for 20th August, 2020. This shall form the basis of our next steps in the matter.

Recall unions on August 11, 2020 Nigerianflightdeck  intercepted the planned notice of strikeover nonpayment of staff salaries in the airline since April after placing 90% of the workforce on compulsory leave according to a source who pleaded anonymity.

The letter dated 10th August and obtained by Nigerianflightdeck read: “Subsequent to the failure of Arik Air to address the issues raised in the 15-day ultimatum our unions issued to the airline since July 21, 2020 and realizing that the window of the 15-day came to an end on Wednesday, 5th August 2020, we are now left with no choice than to inform the Management of Arik Air that there is going to be a total withdrawal of services from the airline as from the next seven days.

Nigerianflightdeck is an online news and magazine platform reporting business stories with a bias for aviation and travel. It is borne out of the intention to inform, educate as well as alter perceptions with balanced reportage.
Previous FAAN tells passengers to resist requests of COVID-19 cash payment by any airport official
Next FAAN describes online report of passenger’s missing N78m as mischievous, unprofessional