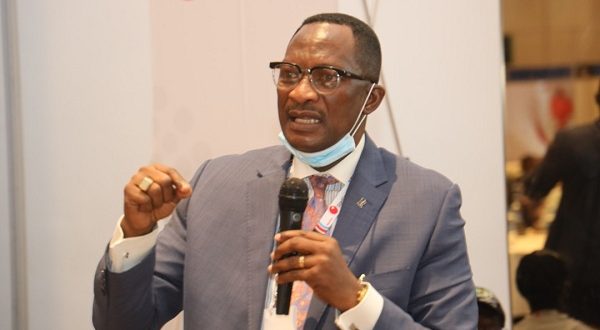 Travel expert slams lingual-aeropolitics in W/Africa; calls for travel card use in sub-region

FOR West Africa’s air transport market to truly boom and open new vista of opportunities for Nigerian airlines, francophone countries in the sub-region have been charged to respect the Bilateral Air Services Agreements (BASAs) and travel protocols as well as desist from trying to strangle perceived competition.

This charge is coming on the heels of outrageously high charges imposed on perceived competitors in the regions as opposed to the spirit the Yamoussoukro Accords and the Banjul Accords were established.

An Air Transport Specialist and International Airport Professional (IAP), Mr. Richard Aisuebeogun who made this known in an exclusive interview with NigerianFLIGHTDECK also proposed seamless travel across the region using simple National Identity Travel Cards as opposed to Visas and passports in the sub-region.

According to him, this will help freer movement within the sub-region and allow access to the over 390 million population with 60%economically active and have the disposable income to become potential air travellers.

Aiseubeogun who spoke against the backdrop of Nigerian airlines’ foray into the region explained that in the last three decades Nigerian carriers were doing well until a combination of factors, some of which were their own folly, came into play to halt their progress.

The transport specialist told our reporter that one of such factors, was the aero politics introduced by most French-speaking West African countries putting suffocating factors in terms of arbitrarily high landing and parking charges against perceived competitors from English-speaking African countries.

According to him, the practice which was protectionism also played a role in hindering seamless passenger flight operations into their countries.

“Another proposition is that to date the francophone countries have to respect the BASA and the travel protocols that is established not just by ECOWAS but the AU to make passenger flight operations into their countries seamless by reducing charges.

” Sometime ago, the Chairman of Air Peace cried out due to these charges and because there was so much aero-politics the government had to get involved and intervene. And the aero politics are very simple,like i told you, it is a protectionism thing. These countries want their smaller carriers to operate but want the bigger carriers from Nigeria to suffocate by introducing arbitrary high charges to discourage continuity of operations.

According to him, the problem of aero politics goes beyond acquisition of new airplanes to deploy there stressing,” its about the charges,its about cost of operations in the sub-region and it is also about the cost of product in the sub region.

“If your product offering is jet fuel,the price of Jet A1has to be competitive and affordable while other charges should be standardized even in varying economies along the West Coast. Cost of Landing and parking my aircraft should not vary from country to country in the region.” he said.

On his proposal for a travel card for the sub region that would ease facilitation, Aisuebeogun said,”We should be promoting the use of travel cards to enable more of the region’s economically active population develop interest in air travel as well as to promote high passenger and revenue yield (pax traffic) for the airlines. Countries in the sub region  have to respect the ECOWAS Protocols, we have to be able to fly across the region seamlessly without visas, as a matter of fact without passports, just national Identity Cards is enough,that is what I am promoting.

I am proposing the use of Travel Cards amongst the west african countries in the region for the various airlines be it Air Ivore, Air Senegal, Air Peace, Arik , Aero, AWA, ASKY etc to be successful. When the and if the ECOWAS embrace the new propos9of TC for it’s citizenry it would not only help air transport to Boom but also promote inter cultural activities include the huge but latent tourism potential

Nigerianflightdeck is an online news and magazine platform reporting business stories with a bias for aviation and travel. It is borne out of the intention to inform, educate as well as alter perceptions with balanced reportage.
Previous Nigerian airlines employees & job satisfaction: Between remuneration and job enjoyment
Next Aregbesola commissions NIS Conference Centre in Abuja