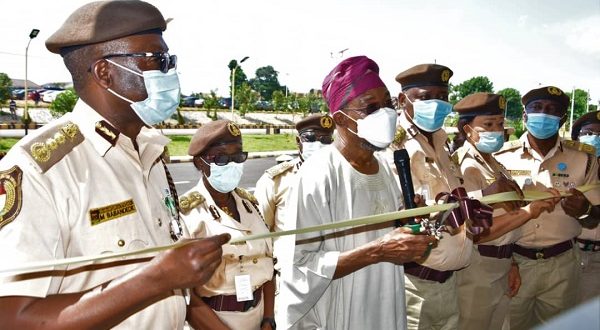 Minister of Interior, Ogbeni Rauf Aregbesola with the Comptroller General of Immigration, Muhammad Babandede MFR and other topimmigration personnel yesterday at the commissioning of an ultra-modern Conference Centre for the Service at the Headquarters, Abuja. 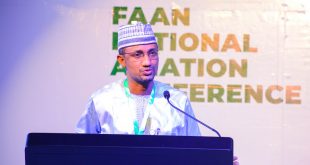 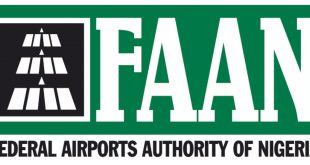 MINISTER of Interior, Ogbeni Rauf Aregbesola yesterday commissioned an ultra-modern Conference Centre for the Service at the headquarters, Abuja.

The Minister while commissioning the edifice, commended the Comptroller General of Immigration, Muhammad Babandede MFR for initiating such a project and noted that he was satisfied with the finishing.

He praised the Comptroller General and his management team for conceiving and completing the edifice in record time describing it as very impressive.

In exercise of his powers as the Minister of Interior and in appreciation of the contributions of the Comptroller General to the Service and Ministry, Ogbeni Aregbesola has approved the naming of the edifice as Muhammad Babandede Conference Centre.

In his remarks, Comptroller General of Immigration, Muhammad Babandede MFR, stated that the centre will serve the need of the Service and the public as it will be made available for external Seminars, Conferences, Trainings and other Commercial activities with a view to making it self-sustaining. He described the facility as world class and assured the Minister of optimal utilization by the Service.

It will be recalled that the ground breaking event of the centre which has a capacity of One Thousand and Thirty-One (1,031) persons, held late 2018.

Facilities at the centre include administrative Offices, special meeting rooms, multi-media rooms and training rooms among others.

Earlier in the day, the CGI had commissioned a state-of-the art Transit Camp made up of 72 mini flats for Officers who get invited to the Service Headquarters for special assignments.

Nigerianflightdeck is an online news and magazine platform reporting business stories with a bias for aviation and travel. It is borne out of the intention to inform, educate as well as alter perceptions with balanced reportage.
Previous Travel expert slams lingual-aeropolitics in W/Africa; calls for travel card use in sub-region
Next Nigerian Immigration holds valedictory session as CG Babandede retires from Service