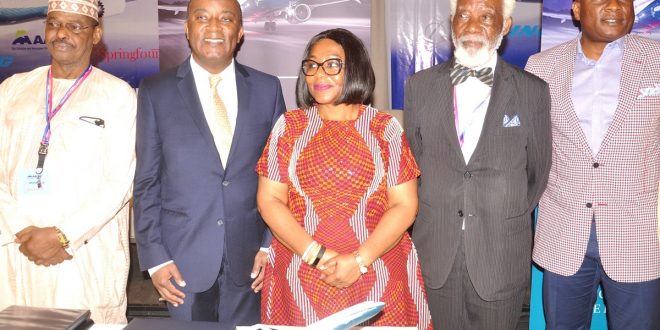 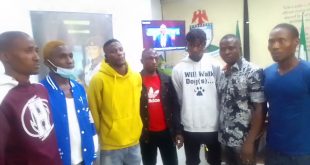 EXECUTIVE Director, Springfountain Infrastructure Ltd, Mrs. Tokunbo Fagbemi has revealed plans that the company intends to provide 200 aircraft in 20 years for the teeming flying population of the country with plans to invest over $20 billion in key need areas of aviation.

The thrust of the agreement is aimed at improving the industry will through the investments which will create opportunities for millions more as the areas they are focusing on will require local skills in diverse fields.

Mrs. Fagbemi  said,“We have faced the realization that our proposed investment (inclusive of FDI) of over $20 Billion dollars in Aircraft Leasing, MRO, Spares Logistics and Supply and Aggregated Services Solutions will require the local skills in diverse fields ranging from piloting, aviation engineering, aviation economics, aviation law etc. We believe that this challenge is also relevant for the industry as a whole.”

She also challenged government to take measures to ensure air travel is affordable to the masses so that the market would be harnessed as well as exempt the industry from certain charges inimical to the industry’s growth.

“What do we ask from Government is commitment, commitment to increase primary demand for air travel.  We need for government to commit today to “take” flying to the masses by making air travel affordable and convenient.”

She said Nigeria with a population of 180 million people has 12 million of people travelling domestically and less than five million of flying on the international routes.

“To boost its international including intercontinental flight potential, the airlines have to improve in both the quality and quantity of the aircraft. In addition, the aircrafts have to be brand new to be at par with competition within Africa at the least.

Speaking earlier, representative of Boeing Company, Head of Sales, West and Central Africa, Larry Tailor saluted springfountain stating that they were proud working with the company.

Nigerianflightdeck is an online news and magazine platform reporting business stories with a bias for aviation and travel. It is borne out of the intention to inform, educate as well as alter perceptions with balanced reportage.
Previous Dunoma says FAAN is 60% compliant with Executive Order
Next Executive Order: Agencies implement harmonization of screening