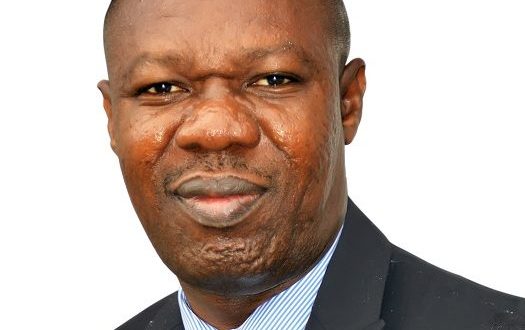 MANAGING Director Skyway Aviation handling Company (SAHCO), Mr. Basil Agboarumi have restated the need for government to look into handling companies’ plea to get duty waivers on importation of aviation and spares explaining that like aircraft, equipment are expensive and not off the shelf buys and cost millions in foreign exchange.

This is just as he has identified heavy charges in Nigeria as part of the hindrances militating against export business in the country stressing that something needs to be done to improve exports and earn foreign exchange in the country.

Agboarumi also said they have sent documentation and representation to the Ministry of Aviation and Nigeria Civil Aviation Authority (NCAA) in hopes that the issue can be looked at and given speedy approval and implementation.

SAHCO boss said,”We felt that no matter what the government is doing for the airlines, ground handling should be included and benefit from it too. It is just the same way aircraft are gotten from abroad that is our own are brought in because none of our equipment is manufactured in Nigeria. We also place orders so that the manufacturers do them. We pay quite a lot of money to get in our handling equipment. We believe that what should be done is that same kind of waivers that the airlines are enjoying should also be extended to us to make life easier for us

“…we are taking our case to the government, Ministry of Aviation and the NCAA as the representative of government in the aviation industry. The last point was NCAA requesting for some information from us and some of the things that we learnt has to do with the issues have been raised in some higher places and they needed to submit data and positions. So we submitted our position and I believe that they have taken it from us and we are expecting a feedback from government in that regard. We believe governments should look at us.

On how much SAHCO can save if given waiver on import duties, he estimated huge sums   expressing sadness that they have used as much as N36 million to clear just one equipment

“As I talk to you, there are equipment we placed orders for since early 2020. By the time pandemic started, we still wanted to go on but we couldn’t raise funds. There was one that finished manufacturing and we couldn’t have money to pay, so they have to give it to another ground handling company. Sometimes, it takes about 6 months to produce ground handling equipment. These are some of the challenges. We fabricate those ones we have the capacity to do.”

The SAHCO boss also spoke on the increase in cost of exporting products and what can be done to control it which he lamented that Nigeria has been receiving without giving out but was now waking up as export was the sure way to earn forex.

According to him, charges are a major reason the status quo is as it is right now

He said,” Now we are beginning to wake up because if you must make forex, you have to export. The more challenge and reason why we don’t have forex is because the rate at which they were selling oil has reduced. Immediately that happened, it affected our earnings.

“…The challenge is charges. Some operations are charged. I have heard some airlines cry out that they bring in things and that they cannot take things out. That they even preferred to go out empty than take something from here because of the taxes that they need to pay on a particular thing. It is a question that the government needs to answer. Those shipping things out of the country should understand that they are going to compete with other abroad.

“So what is the essence of shopping things and it cannot compete with prizes in other parts of the world. It has to be competitive world and aviation is a global best practice. The market is also becoming smaller because with internet you can buy anything anywhere in the world. If you need to purchase anything, you have to check if it will be competitive in terms of price abroad.”

Nigerianflightdeck is an online news and magazine platform reporting business stories with a bias for aviation and travel. It is borne out of the intention to inform, educate as well as alter perceptions with balanced reportage.
Previous Walsh succeeds de Juniac takes; over helm of IATA
Next Elumelu says UBA is well-positioned to benefit from recovery trends in 2021