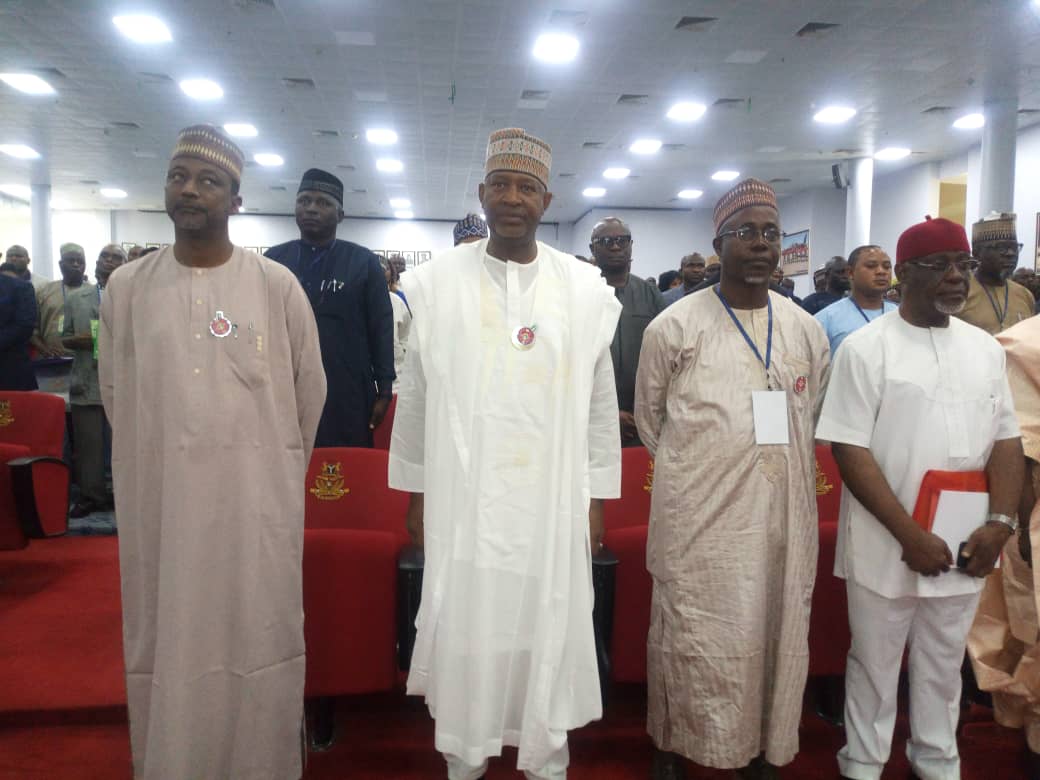 Ripples from the 5th Stakeholders’ Meeting: My Thoughts

NigerianFlightDeck 19th November 2018 Points of View, Your ViewPoint Comments Off on Ripples from the 5th Stakeholders’ Meeting: My Thoughts 97 Views

THE last stakeholders meeting was not a jamboree but an interactive session that kept stakeholders together for close to six hours. My take was there was a renewed vigour of the Honourable Minister of Aviation to involve the private airlines in the realization of the National carrier and he used that platform to woo them and make his intention known.

It’s on this premise that the technical adviser appointed for the national carrier project needed to rejig and come out with a template that will involve willing domestic operators; while working on this template we should consider some of the wide body aircraft that was recently ordered by some operators, the disposition of Arik and Aero airlines.

The government through AMCON chose to turn around these carriers rather than liquidate them, considering the fact that the funds trapped in these carriers belong to Nigerian investors in different banks.

They had the option of just liquidating them just like they did for airlines with one or two aircraft. The objective will be lost if we do not find the requisite nexus for them surviving and also starting a new carrier.

On BASA we can never be wrong protecting our own and we need to be very careful with the demands and obvious swift response in granting the request of foreign airlines approval to operate, just because we want international flights to land in our respective regional blocks under the guise of providing convenience to passengers travelling from those blocks. We are cutting our noses to spite our faces .

The Fly America Act is a federal regulation policy that states that any foreign air travel that is financed by federal funds must be booked on a US flag carrier regardless of cost or convenience. The US has sacrificed cost and convenience to benefit home-grown flag carriers, they have pushed the open skies shovel down our throat but has refused to sign with China due to the cheaper labour and cost that has been resisted by their carriers and unions while Brazil delayed signing till their airlines were ready. I can go on and on.

The national carrier failed under government ownership and also failed under flag carrier model because our airlines could not stay and fight after stepping up boldly and with hope but bogged down by persistent poor governance culture. Therefore, a Government – Flag carrier(s) combo should be considered to reinvigorate this project.

It is erroneous to believe the under-utilisation of BASAs will be corrected by a national carrier; rather, it’s the international acceptability of its corporate governance structure, requisite international certification, membership of airline related organisations and corporate processes that will endear airlines to code share with other commercial agreements that will increase the usage of the BASA, not by flying blindly and directly to the different countries.

The government should also not fall for Ethiopian and UAE airlines bait. These carriers have exploited our ethnic divide and corrupt weaknesses to increase frequencies and gauge to the detriment of Nigerian airlines. Rather than invest and build our industry, they operate and transfer their earnings yo their countries; so we need to wake up.

The employment kite we are flying with the new carrier cannot be compared to job losses from the other domestic carriers (Arik&Aero inclusive) if not properly managed.

On the exorbitant international fares, it’s a demand and supply issue, the government should consider warehousing federal travel like the Aussies have done. This will bring carriers to negotiate least fares which will be benchmarked for other fares. The penchant of each public organisation bidding and requesting for the highest fare for pecuniary reasons naturally affects the base fares. This warehousing should go hand in hand with the Fly Nigeria Act. It’s just the will and the push that is needed.

The government should prioritize the restructuring of the agencies before other projects in the roadmap not the other way round. This is because the organogram in place is flawed and has made them counterproductive. Productive agencies will ginger a productive industry rather than having numerous certification with poor productivity as presently obtained. The change mantra has not reached our agencies same old policy of providing jobs for the boys ahead of professionalism.

It’s on this note that I propose that FAAN as an entity should be handed to a reputable international airport management company rather than hand over viable terminals. The core responsibility will be to restructure and reposition it as a profitable airport company, this is more encompassing than the cherry picking model. FAAN will survive and contribute to the treasury provided we do not allow quickie companies and padi padi bid behind from the shadows.

The social media is awash with the bribery at the airport masterminded by the immigration and custom officers who deliberately fleece passengers with all format of delay tactics, this is at variance with the much publicised ease of doing business. I also wonder why airports that operates for 24hrs during hajj revert to 12hrs operation thereafter. To increase enplanement, frequencies, reduce fares without just parroting the Ease of doing business model our non-international airports should extend operational hours. Productivity is low due to in efficiency we need to wake up.

Tags Ripples from the 5th Stakeholders' Meeting: My Thoughts

Nigerianflightdeck is an online news and magazine platform reporting business stories with a bias for aviation and travel. It is borne out of the intention to inform, educate as well as alter perceptions with balanced reportage.
Previous Diverse opinions trail planned FAAN PSC increment
Next Nigeria ranks 5th in global survey for most prepared to improve travel facilitation via digital solutions