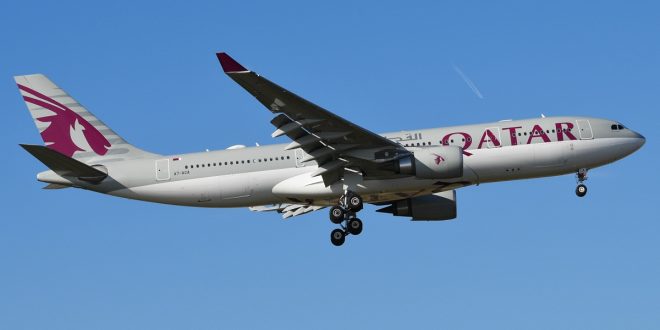 NIGERIAN Civil Aviation Authority (NCAA) has said that the reported incident concerning Qatar Airways was an air return, a decision taken by the Pilot in Charge (PIC) after the aircraft, an Airbus A330 with Registration no.A7 – AED, Flight no.1408 scheduled operation from Lagos – Doha suffered a bird strike.

Bird strikes also known as Bird Aircraft Strike Hazard (BASH), is a collision between an airborne animal (usually a bird) and a human-made vehicle, especially aircraft and is rated in aviation as a safety concern.

Clarifying the incident in a statement, the NCAA said the bird strike occurred on the  9th February, 2017, at 4.18 pm (16.18hrs UTC) at the Murtala Muhammed International Airport (MMIA) where the airline was ferrying 256 passengers and 10 Crew members

The Bird strike hit the No.1 Engine. On its safe return to Murtala Mohammed International Airport (MMIA), diligent inspection was carried out on the aircraft. However, finding disclosed no damage.

Since there was no damage, the aircraft was cleared and it recommenced the operation and departed at 5.50pm (17.30hrs UTC).

The NCAA in its statement signed by General manager Public Affairs, Sam Adurogboye stated,” It is pertinent to point out that the Aircraft Pilot adhered to the Standard and Recommended Practices (SARPs) in undertaking an air return. This was to carry out an assessment of the impact of the bird strike before continuing the flight.”

“The Nigerian Civil Aviation Authority (NCAA) wishes to assure Nigerians that it will continue to ensure robust safety oversight of the industry for safe and secure air transportation.”

Nigerianflightdeck is an online news and magazine platform reporting business stories with a bias for aviation and travel. It is borne out of the intention to inform, educate as well as alter perceptions with balanced reportage.
Previous NiMet boss reels out plans to improve agency, commends predecessor
Next Arik Air requires N10billion capital injection to resume full operations