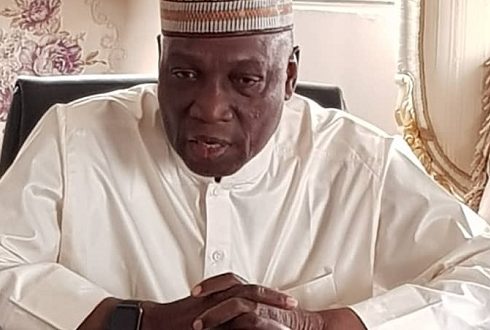 Not all AVSEC personnel will bear arms- Engr. Dunoma

MANAGING Director of the Federal Airports Authority of Nigeria (FAAN), Engineer Saleh Dunoma has stated although it seeks for Aviation Security (AVSEC) to bear arms in 2019, not all personnel will be licensed to carry arms.

He said this while stating that the agency’s security outfit is rigorously going through some processes, especially training and multiple background checks that would eventually lead to the approval of its Aviation Security (AVSEC) to bear arms in 2019.

The FAAN boss who made all these known to reporters in his office said that the drive for FAAN AVSEC personnel to bear arms before the end of the year was meant to aid them as a security outfit to increase their surveillance of the sector .

According to Dunoma for this be achieved, the department required some trainings and approvals especially from the National Security Adviser (NSA), stressing that background checks would also be carried out on some of the personnel before the approval.

“It is not everybody that will bear arms. This, we must apply. We cannot train ourselves. We have to be trained by those that have been long in the system; the State Security Service and the Nigeria police. Also, we want to make sure that we get certification from the office of the National Security Adviser. We have to go through these processes. As soon as we are through with all these, they can then be allowed to carry arms. We intend to do this before the end of the year.”

According to the FAAN boss, it was high time airport authorities on the continent diversified their revenue generations away from aeronautic to non-aeronautic, stressing that other airport managers across the world had already keyed into this.

He also disclosed that management has set up a committee to map out plans to boost revenue generation for the agency especially the non-aeronautical sources as FAAN will not be left behind in development of its airport infrastructure, through diversification of its revenue generation.

“As a matter of fact, I just finished a meeting with my team. I set up a team on revenue generation and this team is chaired by me. It is very sensitive to the survival of African airports especially FAAN. We started the meeting today (yesterday) and we will continue to meet every week until we get to where we want to be.

“We have not come up with a target yet, but the committee will come up with that. There are lots of departments involved, including engineering and commercial. By the time we develop some projects, we will have revenue targets that we want to achieved. This will be done by the committee.”

Nigerianflightdeck is an online news and magazine platform reporting business stories with a bias for aviation and travel. It is borne out of the intention to inform, educate as well as alter perceptions with balanced reportage.
Previous Why EASA suspended B737Max 8, B737Max 9 from operations
Next Nigeria Joins 50 other nations, bans 737 Max 8 from airspace