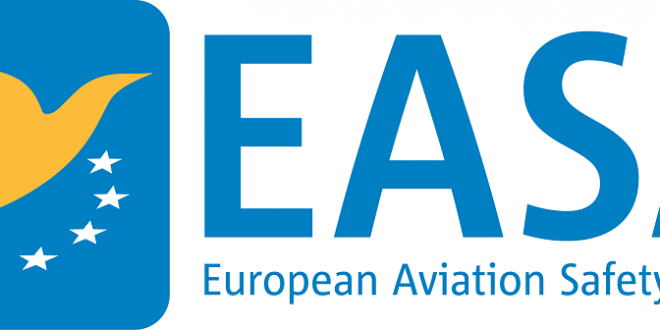 EUROPEAN Union Aviation Safety Agency ( EASA) said it suspended all series the Boeing 737 Max 8 and Boeing 737Max 9, as it cannot be ruled out that similar causes may have contributed to the two fatal crashes within five months.

Since manufactured by Boeing Company, there has been two 737Max 8 crashes first by Indonesian Lion Air Flight 610 operating the Soekarno–Hatta International Airport in Jakarta to Depati Amir Airport in Pangkal Pinang route crashed into the Java Sea 12 minutes after takeoff and Ethiopian Airlines March 10, 2019.

In an emergency Air worthiness Directive ( AD) issued and effective on March 12, 2019; the European safety Organisation said it took the steps because the Federal Aviation Administration (FAA) issued an AD after the first crash and since that issuance another fats, crash has occurred.

The statement suspend the aircraft type read, “Prompted by a fatal accident with a Boeing 737-8 ‘MAX’ aeroplane, the exact causes of which are still being investigated, the Federal Aviation Administration (FAA), representing the State of Design for the affected aeroplanes, issued Emergency AD 2018-23-51 (later replaced by a Final Rule AD) to require certain changes to the Airplane Flight Manual (AFM) regarding Runaway Horizontal Stabilizer Trim Limitations and Procedures.”

“Since that action, another fatal accident occurred. At this early stage of the related investigation, it cannot be excluded that similar causes may have contributed to both events.

“Just after the second event, the FAA issued Continued Airworthiness Notification to the International Community (CANIC) 2019-03, providing information concerning progress on the development of mitigating actions.

The CANIC  issued on March 11, 2019, reads “The FAA has dispatched personnel to support the investigative authorities in determining the circumstances of this event. All data will be closely examined during this investigation, and the FAA will take appropriate action if the data indicates the need to do so.”
“External reports are drawing similarities between this accident and the Lion Air Flight 610 accident on October 29, 2018. However, this investigation has just begun and to date we have not been provided data to draw any conclusions or take any actions.”

According to EASA, based on all available information, it considers that further actions may be necessary to ensure the continued airworthiness of the two affected models.

“For the reasons described above, pending the availability of more information, EASA has decided to suspend all flight operations of the two affected models.”

“This AD is considered an interim action and further AD action is expected to follow. Required Action(s) and Compliance Time(s): Required as indicated, unless accomplished previously:

“From the effective date and time of this AD, do not operate the aeroplane, except that a single non-commercial ferry flight (up to three flight cycles) may be accomplished to return the aeroplane to a location where the expected corrective action(s) can be accomplished,” the statement read.

Nigerianflightdeck is an online news and magazine platform reporting business stories with a bias for aviation and travel. It is borne out of the intention to inform, educate as well as alter perceptions with balanced reportage.
Previous I survived mutiny on my last flight -Captain Ore
Next Not all AVSEC personnel will bear arms- Engr. Dunoma