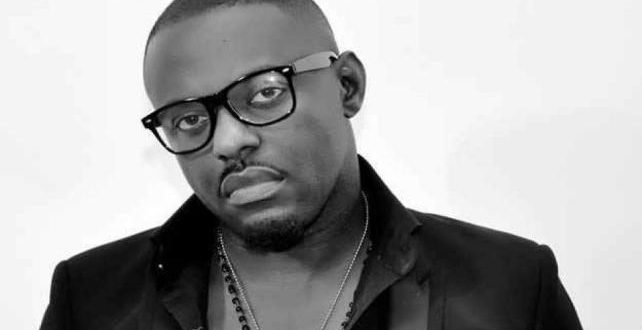 NOLLYWOOD actor, James Ikechukwu Esomugha  popularly called Jim Iyke, was earlier today arrested by the Nigerian police, Murtala Muhammed Airport (MMA), Lagos Command for slapping a security staff of Dana Air, simply identified as Suleiman.
Nigerianflightdeck.com gathered that Iyke who had arrived late for the flight to Abuja from Lagos refused to be screened by the security personnel of the airline whose insistence aggravated the actor known for his bad boy roles in movies.
Our correspondent gathered that he was supposed depart Lagos with a 12:15pm flight, but he came few minutes after 12:00.
In local flights, a traveler is expected to arrive the airport and commence the check-in processes at least an hour to the flight while it’s about two hours on international flight.
It was learnt that Iyke in the course of the aggression damaged some facilities at the terminal, which led to the airline inviting the police to take charge of the unpalatable situation.
He was eventually arrested by the police and detained by the police command, but while he was at the station, he reportedly telephoned his lawyer who pointedly told him that his action was wrong and against safety standard.
He, however, wrote a statement and apologized for his unruly behaviors.
Iyke was later checked in into a 6:00pm flight to Abuja out of the airport.
Mr. Kingsley Ezenwa, the spokesman of Dana Air, confirmed the development in an interview with our correspondent.
According to Ezenwa, Iyke had come later for the flight, but because of his personality, the airline’s staff attempted to him in order not to miss the flight, but he was not satisfied with the secondary security check he was made to go through like any other passengers for security purpose.
Kingsley said: “He came late for flight and we were actually trying to help him. Someone was seeing him off to the aircraft and even at this, you have to go through the security checks, but he didn’t want to go through this and eventually became violent against the security personnel of the airline who stuck to the rules. He was unruly and gave our staff a slap.
“Our security guys refused to let him go because he actually breached security and the safety regulations. The airport police command intervened in the whole matter and he was arrested. He later wrote a statement and apologized and realized his errors. There was a written statement by him.
“After this we put him on the next flight, which was 6pm out of Lagos.

Nigerianflightdeck is an online news and magazine platform reporting business stories with a bias for aviation and travel. It is borne out of the intention to inform, educate as well as alter perceptions with balanced reportage.
Previous Emergence of MRO facilities in Nigeria may change industry dynamics
Next NCAT introduces four new flight training courses