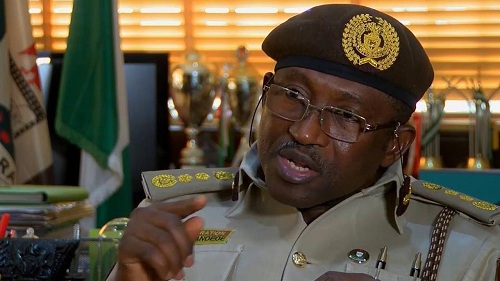 MURTALA Muhammed Airport Command of the Nigerian Immigration Service (NIS) has revealed that it has refused no fewer than 60 Nigerians, many of which are females’ departure from the country from September 15th 2020 till date stating that many did not fulfill the travel requirements.

This is just the service revealed that between same period, Nigeria has had 37,000 passengers depart the country while 58,000 have arrived the country through the MMIA, pointing that normalcy is gradually resuming to the aerodrome.

Comptroller Immigration Airport Command, Abdullahi Musa Usman who reeled out the figures told reporters that for the 60 Nigerians denied travel overseas, it was more or less due to various discrepancies in their stories as their stories did not add up.

“In our fight against human trafficking, we have denied 60 Nigerians departure from the country from 5th September till date predominantly, they are females. They did not fufil the requirements of travelling abroad. Imagine   someone that is going for employment in another person’s country and does not have the employment letter.

“Someone who says he has a tourist visa and does not have a return ticket, while someone is visiting the husband and does not have  the details of her husband and when asked she becomes jittery or another who cannot provide marriage certificate… we gave them the travel advisory. We are not stopping people from going abroad but  if you must go for employment you must have the employment letter.

“This is to put a stop or reduce human trafficking to the barest minimum.’ He said.

Usman also said that Nigerians in a habit of trying to circumvent the system by having multiple active passports are in for a rough time as the NIS has deployed Forensic Data Machine (FDM) to scrutinize data of passports and ensure that users have only one passports and can no longer try to bypass the system.

“If you have multiple passports you have nowhere to go. Especially those Nigerians fond of declaring their travel document lost only to be issued another while the keep the previous for other nefarious purposes. We have the ability to discover this,’ he said.

Nigerianflightdeck is an online news and magazine platform reporting business stories with a bias for aviation and travel. It is borne out of the intention to inform, educate as well as alter perceptions with balanced reportage.
Previous South Africa announces Nick Fadugba into interim board to restructure SAA
Next Ethiopian receives Airbus award for resilience during COVID –19 global pandemic crises