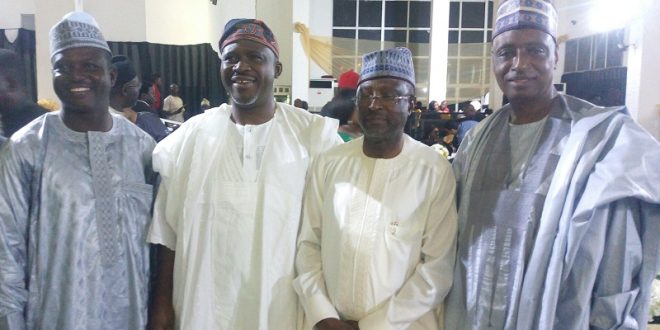 NATIONAL President of the National Association of Aircraft Pilots and Engineers (NAAPE), Comrade Abednego Galadima has insisted on compliance to Executive Order 5 stating that when Nigeria Air comes on stream jobs meant for Nigerians will not be given to expatriates.

This is just as Galadima has called for separate processes of acquiring Air Operators Certificate (AOC) for commercial operators and general operators stating that it would help investors go into the business more.

The NAAPE President who spoke at the “Unveiling of NAAPE Compendium of 50 Outstanding Nigerian Aircraft Pilots and Engineers” In Lagos said that some advantages the commencement of Nigeria Air will have on NAAPE members and even the unemployed, is that government has indicated that it would start with five aircraft and this will require no fewer than 50 pilots and over hundreds more engaged.

He however said the jobs should be for Nigerians as the country currently has over 200-250 unemployed associate pilots and over 600 pilots and engineers.

He said,”If the National Carrier comes, it is a plus to us. While they absorb some, I am sure and there will be some migration from one airline to the other. It is our hope that some of the unemployed will find somewhere to fit in. ”

“They are talking about 5 aircraft to start the operation. You know that will require a minimum of 50 pilots. The spiral effect will require more, 100 people engaged. I will always call on our people to be patriotic. The issue of compliance to Executive Order 5, giving Nigeria jobs to Nigerians is key to us.”

“It is not justifiable to have an airline and just go and be bringing expatriates, does not speak well of our patriotism. We expect that this patriotic zeal, the investors should have. I want our social partners to see us as such. We are partners in progress, not competitors. We are not competing with them.”

“We are not in NAAPE to pull down businesses. No. When I assumed office, my dealings and my philosophy is always aiming at synergistic win-win. Win for the employer, win for the employee. Let them be rest assured that we are going to be partners. Once we engage, we understand ourselves more. The erroneous perception on the union is in the past.”

On the processes of acquiring AOC Galadima said that it was at variance with logic that both commercial and general aviation investors go through the same processes.

“In terms of legislation, we want to see a situation where more is given to General Aviation where investors will find reasons to invest. Where a General Aviation operator is expected to go through the same process of getting Air Operators Certificate (AOC) with commercial operators defies logic. In this days where we talk about small medium scale businesses, I think that should be factored into the scheme of things,” he said.

On the issue of unemployed professionals, the NAAPE President said it was a huge challenge especially given the huge sums the professionals were trained with. According to him, the investment will be lost if these professionals do not retain currency.

He said,”We have over 200-250 unemployed associate pilots. Pilots and engineers, over 600 which is not good. This one is particularly a problem, because these two professions require you to be current and most of the ones that were trained, were trained with huge sums. So the investment will just be lost if they do not retain currency, because they will not be employable again without currency. That is why we are advocating that government do something.”

“In fact, we have put in a proposal to a number of our partners, we are still looking for more partners to fund it. Just like what the government is doing for the unemployed through the N-Power programme. If that can be extended to aviation, NAAPE is willing to partner with anybody such that if NCAT is given some money, the young pilots will go and build hours flying aircraft there and also use simulator as well. It will help them build more hours to gather more experience and expertise. And then for the engineers too, we are putting a scheme in place in that proposal, where these people can be deployed in various aviation entities where we have senior engineers that will take them through On The Job training and guide them properly.”

Nigerianflightdeck is an online news and magazine platform reporting business stories with a bias for aviation and travel. It is borne out of the intention to inform, educate as well as alter perceptions with balanced reportage.
Previous Achi MMIA security says: ‘its not my first time returning valuables to owners’
Next Captain Mshelia commiserates with Borno indigenes over Bayo Long Bridge damage.