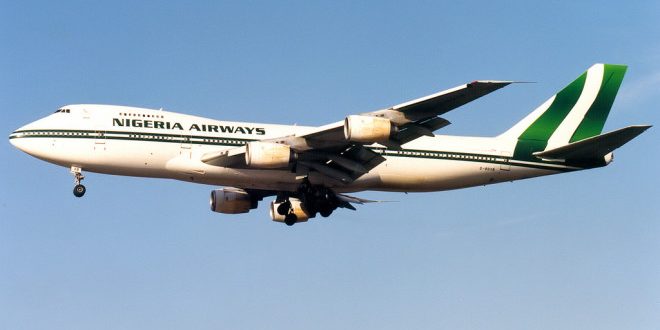 CONTRARY to fears indicating that the Federal Government is ill-prepared for the take-off of the proposed national carrier in December, the Nigerian Civil Aviation Authority (NCAA) has said the target is feasible as acquisition of the Aircraft Operators Certificate (AOC) takes only 90 days.

Minister of State, Aviation, Senator Hadi Sirika in a recent media parley stated that December was the date the proposed carrier would commence operations, this generated buzz as the Aviation Round Table (ART) became apprehensive on the constitution of the committee to midwife the airline while other stakeholders expressed reservations on the registration of the airline with the Corporate Affairs Commission as well as acquisition of aircraft and AOC.

With regards the AOC, Director General of NCAA, Capt Usman Mukhar today pointed out that, once an operator is properly guided and is willing to go by the guidelines and process of getting an Aircraft Operators Certificate (AOC), it takes three months approximately.

Usman further stated that, the government has decided to involve the aviation agencies in the task force because they want the national carrier project done well this time around.

He said “the presence of the agencies inside the task force is to ensure that the right things are done, they are not midwifing in the real sense of the national carrier but they are guiding the process to ensure that it is done in line with the international standards and best practices in the area of safety, security and also comfort of the passengers”.

Usman said several airlines came and left, probably because they did not follow the guide given to them, especially now that the civil aviation authority is there first, to promote aviation activities in Nigeria to ensure safety, security and comfort.

Emphasizing further on government’s readiness and the plans put in place to ensure the airline’s stability, the NCAA boss added “this time around, government says we should go and ensure that even before take-off that nothing is short circuited, processes followed so that they can come to stay. The same service we have rendered to every operator that came from the time the operator came at the first phase, coming with the intent that they want to start operating, it is one of the stages in the issuance of the Air Operators Certificate, to the time somebody want to do formal application”.

He equally informed that NCAA also guides operators when it comes to documentation and preparations of the manual which they produce, stressing that if there are errors, corrections, NCAA works to see that everything comes out clean.

“All these we did with all of them to the time they come and demonstrate that they are able to do this and then finally we certify them, we have been doing this, so it is not unusual that you find us in that Task Force”, Usman noted.

He however, said that for the national carrier, the government wants to make sure that it is done properly, and also more active his time around.

Usman said as far as the NCAA is concerned, the December target is feasible because the process of obtaining the AOC, the permit and other documentation can take a minimum of 90 days as even average people do it in 6 months.

He pointed out that those who spend up to 6 months are the operations that have issue because before you move from one stage to another, you must satisfy all the necessary requirements.

He further added that, although government has put in place a transaction adviser which comprises a consortium of advisers, NCAA will continue to guide them just as the agency has guided other operators to ensure that these things are done properly.

Nigerianflightdeck is an online news and magazine platform reporting business stories with a bias for aviation and travel. It is borne out of the intention to inform, educate as well as alter perceptions with balanced reportage.
Previous Ghana Tourism Authority hosts delegates for 4th Accra Weizo Fair
Next FAAN ready to provide seamless travel ahead of Sallah celebrations