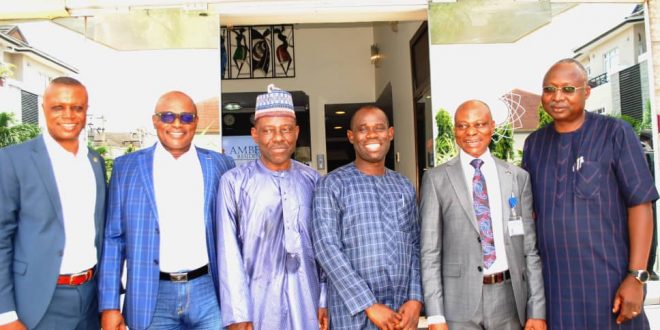 Nigerian Airspace Management Agency ( NAMA) says the N23bn approved by the Federal Executive Council ( FEC) in February for the upgrade of the Total Radar Coverage of Nigeria ( TRACON) would encompass hardware and software upgrade and migration from EUROCAT system to a higher TopSky radar system.

This is just as the agency has confirmed that since December 2014 it has saved the country millions of dollars in service agreement fees given that indigenous engineers both Air traffic Engineers and Air Traffic Controllers from the agency have kept the TRACON system operational optimally. READ ALSO: FG approves N28bn for TRACON upgrade as 10 year old control towers get upgrades too

Recall in February the FEC approved N28bn for the agency for the upgrade of the TRACON which was commissioned in 2010 with a five(5)year support and maintenance agreement from manufacturers Thales of France as well as the upgrade of control towers at the four international airports.

Ag managing director of NAMA, Mr. Mathew Lawrence Pwajok who spoke at the weekend during an interactive session said the agency was on top of the maintenance and that the functionality of the TRACON was not in question as it works 24/7, 365 days a year without a doubt.

He said,” I am sure Thales never believed we would keep the system functional without them, we were paying millions of Euros to support the services agreement but that has been saved, so a lot of money has been saved in the form of maintenance in-house.”

On the breakdown of the TRACON upgrade, he explained that apart from N17bn meant for the system upgrade, N5bn was for the Very Small Aperture Terminal ( V-SAT) which connects the nine (9) individual radars in their locations.He said, “it is a project worth N23bn for software and hardware upgrade, provision of maintenance for nine radars covering the entire country.

N17bn of that amount is for the system upgrade; we are upgrading the TRACON from the EUROCAT to the TopSky radar system.

The N5bn is for the V-SAT which connects the nine radars covering Nigeria and overlapping to neighboring countries.The nine standalone radars connected by V-SAT are in Lagos, Kano, Abuja, Port Harcourt, Maiduguri, Ilorin, Talata-Mafara, Obubra and Numan.

On the functionality of the TRACON, Pwajok said:” I find it surprising when people do it is when we say the radar is working optimally. The system has been optimal and it is verifiable. If you land at Lagos you see first and foremost the radar antenna rotating.

Also speaking on other advancements within the air navigation, the NAMA boss equally put the Safe Tower upgrade, which is ongoing at the cost N13 billion.

According to him, the Safe Tower systems are due for upgrade, adding that there is need to close all gaps before the International Civil Aviation Organisation (ICAO/ audit by the first quarter of 2023.

Nigerianflightdeck is an online news and magazine platform reporting business stories with a bias for aviation and travel. It is borne out of the intention to inform, educate as well as alter perceptions with balanced reportage.
Previous NIMASA DG, IMO Sec Gen canvass technology embrace to reduce CO2 emissions from shipping activities
Next NAMA’s M-LAT for Niger-Delta region 80% done; conceptualized to handle maritime surveillance also