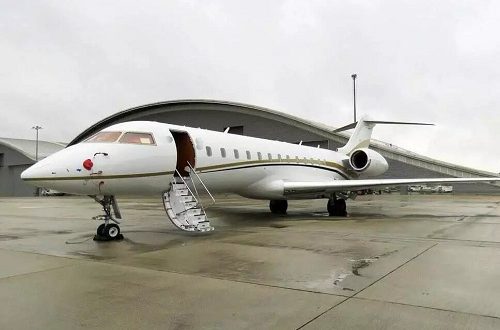 THE events of Saturday June 13th, 2020 where a private operator, Executive Jets Services Limited flew celebrity musician Azeez Adeshina Fashola aka Naira Marley to Abuja for a concert performance amid an interstate travel ban due to the Covid-19 Pandemic has opened a new vista on the state of security at the nation’s airports.

It also calls to question the activities that take place around the nation’s private terminals further opening a debate for what measures to be added beyond profiling passengers professionally to ensure processes and procedures are followed by all operators especially those at private or exclusive terminals. Read Also: Interstate movement ban: FG suspends Executive Jet Services for flouting directives, flying Naira Marley

The argument about whom to blame for what happened mustn’t take precedence as it is obvious as the entire chain from approval, facilitation to boarding and flying has shown that there are certain areas in the Civil Aviation Regulation that needs to be spelled out especially profiling and passenger identification.

That being said, the Minister of Aviation, Senator Hadi Sirika; the airline: Executive Jets Services Limited, the Federal Airports Authority of Nigeria (FAAN) and to some extent the Nigerian Civil Aviation Authority (NCAA) as they are to ensure the implementation of such approvals by the Minister have various degrees of  culpability and must learn from their mistakes.

This also throws scrutiny to other approvals that may have come from the Minister as under his watch within the COVID-19 lock down, Flairjet and now Executive Jets Services (probably twice) have flouted the rules that we know of.

One can argue that the Minister is not complicit in this matter but let’s  face the reality as it is today: within that period approval was granted to the President’s Personal Assistant, Sabiu ‘Tunde’ Yusuf to embark on a private trip to Lagos to spend the weekend, a flight which led to the gunshots at the Aso Villa. Then there is the flight of the Governor of Edo State Godwin Obaseki to Rivers State to meet with his counterpart Nyeesom Wike, these flights were certainly not emergencies and yet they were approved.

Still, giving approval and not monitoring such to ensure there is strict compliance even through a proxy makes it worse.

It was Naira Marley who beat the system without even trying, so what happens when a terrorist does same? Uneasy is the head which wears the crown and being the chief coordinator of the industry, the Minister got it wrong especially with approvals for politics and not emergencies.

The airline is the main culprit as it was derelict in most of its duties; it showed lack of professionalism in handling the situation, ignored the non-punitive reporting system by not telling the authorities what they discovered before the flight and worse still were not forthcoming to the aviation authorities until sanctions took place. Read also: Executive Jet Services tenders apology explains ‘Naira Marley’ flight ‘a case of mistaken identity ‘

It was the airline’s responsibility to check their passengers’ identity to know who it is and Executive Jets Services Limited Chairman/CEO, Dr Sam Iwuajoku, in his explanation said: “So on Saturday morning, 13th June, 2020 my staff called and told me that they have a charter flight to Abuja and that the passengers were already at the lounge. As a rule, passenger manifest is always sent to me before any departure. When I went through the manifest and I saw Fashola Babatunde, I thought it was the Hon. Minister of Works going to Abuja with his men, so we decided to do the flight, since he is serving Minister of the Federal Republic of Nigeria.”

Even without due diligence, the airline let a passenger fly by name, not even having the competence  to double check by seeing the person physically, that was poor and negligent by the management of the airline giving the many security challenges the country goes through.

First, the name Fashola, Babatunde is not particular to any one person and so not exclusive to the Minister, who has come out to disassociate himself with that flight and the events of that day. Second, if it was the Minister, does that mean he goes through without any form of screening or check? A big lapse in security.

If truly, it was a mistaken identity as the airline claimed after the sanction, why did it not call the attention of the authorities before it embarked on the flight or was it all for commercial benefit?

While Non-Commercial Operations (Private), Part 18.3.4.1 Holders of Permit for Non-Commercial Flights (PNCF) shall : (ii)   submit to the Authority details of their flight operations including names of passengers carried, route(s) operated and times of operations:

These are general rules but there is no specific standard operating procedure for airlines in general when it comes to passenger screening and so every airline has its own manual approved by the Nigeria Civil Aviation Authority (NCAA) for the Air Operator Certificate (AOC) holder.

Each AOC holder develops its own security programme, this includes foreign airlines and all of these are reviewed and approved by the NCAA and so it is either the airline did not have a comprehensive programme or chose to ignore it for commercial purposes.

And since it is a commercial flight and not an emergency, one wonders what happens to the 5% Ticket Sales Charge (TSC) accruable to the NCAA and if they got it before the flight or are still waiting for it.

Also this brings about the question who handles security around private terminals, in fact all terminals: The Federal Airports Authority of Nigeria (FAAN) Aviation Security (AVSEC) and one wonders the parameters used in screening passengers who want to board even if it is the airline’s responsibility to provide security protocol in this case.

There is a grey area here as FAAN Aviation Security has one responsibility to ensure that whoever is boarding must match name and picture with what the airline provides but what other ways can the process be made better?  Was profiling of these passengers even done? And giving this new kind of falsification of purpose, what kind of training should be devised for officers who work at these private terminals and make sure they know their job goes beyond checking faces to passports.

In all truth, what played out on Saturday has shown a vulnerability to our much vaunted security as the boarding on the aircraft was done without positive identification of the passenger(s) by any of our security agencies at the terminal whether private or public.

This also means that to avoid such kinds of situations, facial recognition softwares need to be developed or employed, especially at private terminals where it would seem regulation is lapse. If not, what happens when a terrorist or someone on Interpol’s list walks through our screening gates?

The Aviation Minister at the Presidential Task Force briefing on COVID-19 stated that that this was not the first time the charter operator have committed this offense so the question now is: Could it be the reason the charter operator is now sanctioned is because the outcome of this particular operation attracted public outcry from the public concert? Or is it that this obviously could not be swept under the carpet?

Experts are of the opinion that like always, the charter operator will be fined as stipulated by civil aviation regulations. The industry will move on without regards to the deeper implications.

The events of Saturday call for stricter screening and security measures at the nation’s private terminals because this is a case of negligence what happens if it was something bigger? All activities in this industry is supposed to be 100% regulated. Safety and security must first be put in place before any activity goes on in aviation, Nigeria aviation was tested in the events of Sunday and Nigeria aviation was found wanting.

Nigerianflightdeck is an online news and magazine platform reporting business stories with a bias for aviation and travel. It is borne out of the intention to inform, educate as well as alter perceptions with balanced reportage.
Previous FAAN  plans simulations on facilitation, physical distancing at airports ahead of resumption
Next Delta CEO reels out layers of protective measures for safe air travel