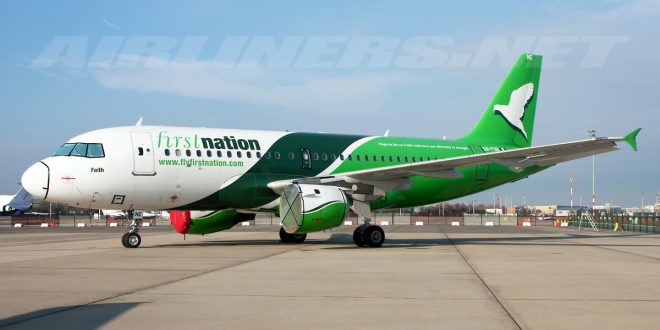 Odukoya was arraigned on a four- count charge of alleged theft of N1.7 billion and forgery of Certificate of Occupancy (CofO) issued by the Lagos State Government before Justice Mojisola Dada.

First Nation Airlines and Bellview Airlines are joined in the suit as second and third defendants.

One count reads: “That you, Kayode Odukoya, FirstNation Airways Limited and Bellview Airlines Limited, on or about the 7th day of October, 2016 in Lagos within the Lagos Judicial Division dishonestly converted for your own use the sum of N1, 742, 994, 962.04 (One Billion, Seven Hundred and Forty-one Million, Nine Hundred and Ninety-four Thousand, Nine Hundred and Sixty-two Naira, Four Kobo) property of Skye Bank Plc.” The defendant pleaded not guilty to the charge when it was read to him.

Odukoya, who has failed to appear in court on three occasions, was finally produced in court by the EFCC after he reported at Commission’s Lagos office on Wednesday.

The defendant also allegedly forged the Memorandum of Loss of Lagos State Certificate of Occupancy in respect of a property located in Lagos, so it could be acted upon as genuine

Another of the counts reads: “That you, Kayode Odukoya, on or about the 21st day of March, 2013 in Lagos within the Lagos Judicial Division knowingly forged the Memorandum of Loss of Lagos State Certificate of Occupancy Registered as No. 33 at page 33 in Volume 1011 at the Lagos State Registry, Alausa, Ikeja in respect of property being and situated at No. 29 Oduduwa Street, Ikeja GRA Lagos State with intent that the document may in any way be used or acted on as genuine to the prejudice of another.”

The EFCC counsel, Mr. M.S Usman, alleged that the First Nation MD forged the Memorandum of Loss of Lagos State CofO registered as No. 33 on page 33 volume 1011 at the Lagos State Land Registry, Alausa, Lagos.

The forged document was in respect of a property located at No. 29, Oduduwa Street, Ikeja GRA, Lagos.

The prosecution counsel, Zainab Ettu asked the court for a trial date and to remand the defendant in prison custody to compel his appearance in court. “The defendant jumped the administrative bail given to him by the EFCC and refused to show up for his arraignment scheduled for March 9, 2018 before this court. “

He was apprehended by the operatives of the Commission to ensure his arraignment today,” Zainab Ettu said.

Counsel to the defendant, however, urged the court to admit his client to bail. The defence counsel further told the court that the defendant was not a flight-risk, adding that “he is well-known in the business sector in the country.” After listening to both parties, Justice Dada adjourned the case to March 26, 2018 for hearing of the bail application and April 7, 8 and 9, 2018 for commencement of trial.

Nigerianflightdeck is an online news and magazine platform reporting business stories with a bias for aviation and travel. It is borne out of the intention to inform, educate as well as alter perceptions with balanced reportage.
Previous NCAA reacts, says there is no discrepancy in figures it churns out
Next NAMA gives reasons for using Omni-Blu for calibration