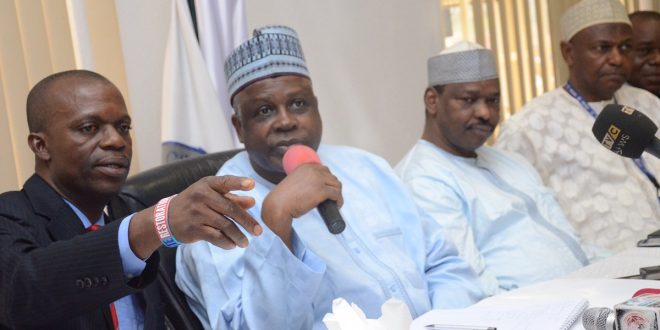 NCAA reacts, says there is no discrepancy in figures it churns out

NigerianFlightDeck 15th March 2018 Aviation News Comments Off on NCAA reacts, says there is no discrepancy in figures it churns out 128 Views

NIGERIAN Civil Aviation Authority (NCAA) has said that it stands by its figures and said statistical data emanating from it is authentic and has an automated system that is reliable.

This is just as the regulator advised the public and all aviation stakeholders to disregard what it described as misguided attempt to discredit statistical data emanating from the Authority.

The NCAA in a reaction signed by General Manager Public Relations, Sam Adurogboye today said, “We wish to state that NCAA stands by its statistics. The figures are verifiable and are harmonised by all relevant aviation parastatals, government agencies and handling companies.”

“It is therefore important for the public to be aware that there is a disparity between NCAA’s data collection basis and FAAN’s.In addition, 5% Ticket Sales Charge (TSC) is not based on the total tickets sold but only on flown tickets.”

Clarifying further the CAA said,”On the other hand, FAAN computes its Passenger Service Charge (PSC) on all categories of passengers flying through the airport.
Furthermore, 5% TSC applies to all tickets originating from Nigeria with the exclusion of Diplomats, Tickets sold offshore, infants tickets and staff tickets. These are all classified as non-taxable tickets.”

“Please note that tickets sold by National Association of Nigeria Travel Agencies (NANTA) and Airlines do not translate to taxable tickets until it is utilised by the passenger.”

The Authority further discredited the statement that there are consultant(s) commissioned to collect its revenue on its behalf categorically stating that payments have since been automated while the processing and data analysis for both international and domestic airlines are handled by NCAA staff.

“The Automation process is a transparent system that obtains billable data directly from the reservation system of the airlines.
On the international route, the International Air Transport Association (IATA) is responsible for billing and collection of revenue which is remitted into NCAA TSA account.”

“This is the global practice as charged by member states (airlines) to ensure coherent fare structure to prevent exploitative and monopolistic tendencies of the airlines.”

The Nigerian Civil Aviation Authority (NCAA) in conclusion assured Nigerians that its statistical data undergoes due diligence and the integrity can be ascertained before it is published.

Nigerianflightdeck is an online news and magazine platform reporting business stories with a bias for aviation and travel. It is borne out of the intention to inform, educate as well as alter perceptions with balanced reportage.
Previous FAAN to deploy extra technology to man critical airside areas
Next Alleged N1.7b theft and forgery: EFCC arraigns Odukoya, First Nation Airways Managing Director