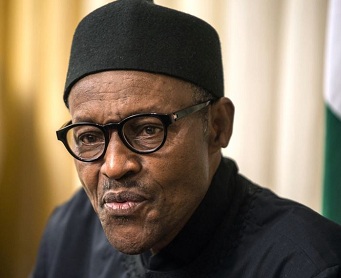 NigerianFlightDeck 26th October 2016 Points of View, Your ViewPoint Comments Off on Ministry, NASS must audit local, foreign earnings and spendings of airlines 534 Views

NIGERIAN domestic private airlines operators and their politically exposed supporters in and out of government know their ways to drawing funds from our commonwealth in government coffers for their benefits alone without considering the consequences of their actions on the overall social economic well-being of Nigerians.

In not very transparent manners, these operators, organized themselves, without involving the ministry of aviation, got the ears of officials in the Presidency to obtain various questionable financial interventions to attend to their travails that were self-inflicted.

The present situations of these airlines and the government services providers are of serious concern. The situations need proper scrutiny and investigation by the NASS if the aviation committee members of both chambers of the House would not want to be seen as accomplices in what has now become deliberate exploitation of our commonwealth by some few individuals’ proxy to senior government officials in the Presidency, NASS and in the sector.

The aim of the investigations should not be about the calls that are now coming out of the NASS public hearings for financial intervention for the airlines, but must be to critically audit the yearly expected local and foreign earnings and spendings of all the operators both public and private in the last five to 10 years. It should be about the NASS oversight functions on the passive attitude of the NCAA to the oversight of the financial health of all the operators as required by the NCARs.

The government financial interventions have been in various prescriptions for the domestic airlines operators; if it had not been direct as the aviation intervention funds, it would be tax reliefs or zero custom duties on imported aircraft spares or CBN concession for lower foreign exchange rates. There seemed to be no end to these airlines operators’ financial desires or wants. Yet they remain financially insolvent and perpetually in debts to major safety services providers in the sector including fuel marketers, insurance, aircraft spares vendors, staff salaries many months in arrears, etc, and they  provide very poor services and comfort to air travellers and have very short lifespan and exit the sector silently still in debts.

There is another worrisome side of perpetrating these alarming infractions with the connivance of some banks in the disbursement and diversions of billions from the gains of the various intervention funds to other businesses.

A part of the aviation intervention funds of N19.5 billion which the FEC directed the ministry in 2007 to access from the Natural Emergency Resourced Account in the CBN at 2%, for the reactivation of aviation safety services infrastructure, was hurriedly gotten by some of the politically exposed officials in government from a commercial bank at 25%. The aim of the intervention was therefore defeated as the bulk of the money when it was eventually approved by the NASS went into paying bank interests on loans of N6.8 billion for NAMA Safe Tower and N2 billion for FAAN staff pensions. Imagine an interest of 25% on N8.8 billion in one year same year the intervention was approved and released by the CBN! The NASS aviation committees of both chambers investigated the disbursement of the fund but nobody was indicted. It is doubtful if the investigation was able to find out those who facilitated the bank loans at such exorbitant rate and if the intervention funds was actually spent according to the NASS appropriation for sector infrastructures.

Today, the TRACON and the Air Traffic Control Services communication which the N19.5 billion aviation intervention of 2007 was to have resolved 8 years ago along with others infrastructure of FAAN, are hunting NAMA management and are threatening flight safety operations.

Five years after the release of the N19.5 billion infrastructure intervention fund to aviation public operators, government again through the manipulations of the politically exposed persons, caused the CBN through the BOI to release about N200 billion intervention funds to private airlines operators. On the last count, Arik was said to have collected about N40 billion; Aero Contractor, about N20 billion, IRS, Dana and Chanchangi about N10 billion each, Air Nigeria, N35 billion, etc.

According to official source from the CBN at one of the Senate public hearings in 2012, the intervention was not meant for the beneficiaries to re-fleet their airlines but specifically, for them to pay their debts to the banks. This dubious act of intervention in private businesses with public funds was done by whosoever authority and approval without necessarily finding out the airlines debt portfolios and the natures of the debts and without the knowledge of the responsible authority in the ministry of aviation.

The Uzodinma committee seemed to have shy away from asking the UBA for evidence on how the defunct Virgin Nigeria could have left a debt of N42 billion in the bank’s coffer without collateral. What debts  would a relatively new airline like the Air Nigeria need the intervention fund of N35 billion for, more than the older ones when the fund was specifically meant to pay for debts owed to banks and not for airlines re-fleeting. Probably seeing that all these did not add up to an actual aviation intervention fund to Air Nigeria, the Senate Committee on Aviation in the alternative, chose to remain silent over the matter after two public hearings in 2012 and 2016; each occasion was led by Senator Hope Uzodinma.

Will the NASS sweep the N35 billion between Air Nigeria and the UBA under the carpet as if it never occurred in this depressed economy and continues with the crusade of more intervention funds for airlines? Nigerians, particularly the stakeholders would not expect to further see the NASS as part of the problems but part of the immediate solutions.

It is not sufficient for the NASS members to be shouting themselves hoax now on imminent plane crashes for all of us to hear or to make us all be running for shelters because of the misdeeds of the operators especially if the NASS seemed to be asking for help outside their chambers. The EFCC and the DSS should intervene now where the NASS and NCAA seem to be helpless and be part of the solutions to the travails of the sector; we are in it together if we must sustain safe operations in the Nigerian aviation sector for the public.

The problems in the aviation sector is not about scarcity of foreign exchange; The main problem in the sector is the inability of the responsible authority to effectively exercise its regulatory and oversight functions over the public and private operators especially over their financial health. l insist, as l have done several times, that there is enough foreign exchange earnings generated yearly on international passengers service changes; aircraft landings and parking; fuel sales; royalties on BASAs and Commercial Agreements with foreign airlines;  Nigerian airlines foreign exchange earnings on international routes; etc. The problems of the operators in the sector particularly the Nigerian airlines are: single ownership, poor financial management, reckless spending of earnings both the local and foreign currencies, diversion and reinvestment of earnings into other businesses, unnecessary huge debts to major services providers and aircraft servicing vendors, insurance, corruption, etc.

This piece was sent in by John Ojikutu

Nigerianflightdeck is an online news and magazine platform reporting business stories with a bias for aviation and travel. It is borne out of the intention to inform, educate as well as alter perceptions with balanced reportage.
Previous NANTA express vindication over advocacy on poor aviation state
Next FG appeals to foreign airlines to rescind decisions to scale down services