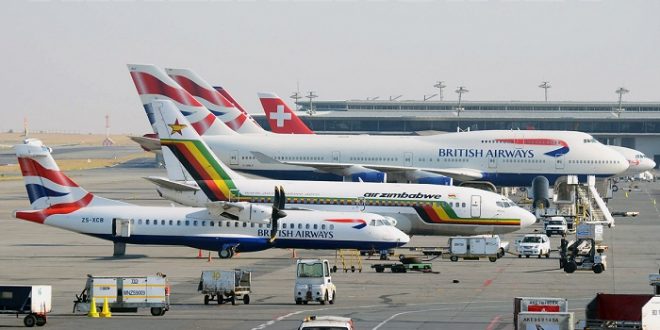 An ATR-72 on the tarmac and side by side with Boeing and Airbus jets from Airliner.net.

Jets versus turbo props: What is suitable for the Nigerian market?

NigerianFlightDeck 17th September 2018 Analysis Comments Off on Jets versus turbo props: What is suitable for the Nigerian market? 253 Views

ROUTES around Nigeria are between an hour and one hour thirty minutes and this has caused a lot of watchers to ask if operators are using the right equipment to fly around the country. This is this is further deepened by of the mindset of the travelling public which seemingly has a preference for the kind of aircraft they want to fly. ANTHONY OMOH writes on the aircraft suitable for operating the Nigeria environment

Lots of operators, across board, have confirmed that the longest flight time within Nigeria is between twenty-five minutes (25mins) to places like Ibadan from Lagos to one hour thirty minutes ( 1:30mins) to Maiduguri from Lagos and so a lot of them, have concluded that the aircraft type used for domestic travel currently may not be suitable.

However, due to the sophistication of flying publics in the country, and their insistence of a particular aircraft type the most cost effective and suitable aircraft for the country, has been all but jettisoned by most airlines to satisfy their passengers.

Although airlines like Overland Airways have stripped it down to the letter operating turbo prop equipment for over a decade and holding their own on this fiercely competitive and cutthroat market, people still feel if it is not a jet then it isn’t an aircraft worth flying. 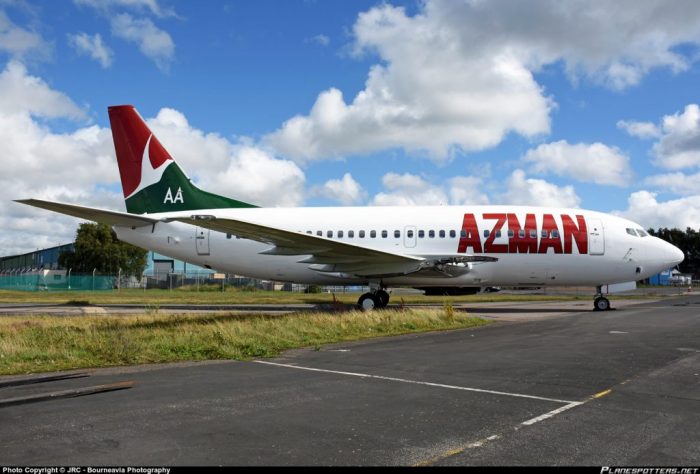 On some routes, airlines like Aero Contractors and Arik have deployed CRJs and Dash 8 Turbo props and have done well on those markets. Even Overland is flying its Lome, Benin Republic routes of barely 35minutes with their ATR aircraft which is actually cost effective too.

Even now, change is gradually creeping in as some airlines have started acquiring aircraft that would be suitable for some of their operations and building routes.

Air Peace of late acquired some 50-seater Embraer 145s and plan to deploy them on certain routes, agreed they are jets too but suitable for route building which is a plus.

Rector, International Aviation College ( IAC), Engineer Benedict Adeyelika on his take on aircraft type said in his experience, he has not seen a situation where an aircraft turbo prop or otherwise is put up and passengers reject.

He further explained that aircraft usage depended on the airline’s operations.

“Speaking as a technical person, with my level of exposure, it depends on where you want to operate to. If you want to go to Ibadan why buy a jet? Why not a turbo prop? People fly overland, it took me one week to get Abuja-Ilorin and Lagos Ilorin is 40minutes with a turbo prop so why should I go by road when I can fly 40minutes and in comfort?” He asked.

“There is one taboo that Nigerians don’t like flying turbo prop but Arik, Aero, Overland use these aircraft, go and see their passenger figures.”

” When I was at Aero we bought about three Dash8- Q400 and it is great for the services we were operating. If you buy a next Gen aircraft and operate it in this one hour market, the circle to ratio hour will kill you.

A next-gen can be used to operate 4-5hours at a stretch, you can’t use that to operate Lagos-Warri-Port Harcourt orAbuja.”

” The circle to ratio hour will affect you, the engine and airframe is serviced by circle, if you do Lagos-Benin or Lagos- Abuja that is just one circle. If you do Lagos-London (6hours) or Lagos- Johannesburg another (5-6hours ) it is one circle still, that means you are making six hours to one circle. With regards how much you make the difference is clear, economically speaking.”

The IAC Rector further said he believes airlines should have a mixed fleet that it helps with planning and deployment.

” I know some people might disagree but I am of the opinion that having a mixed fleet is good for airlines. If you have flights to Lagos, Osubi, NAF Base, Asaba and the likes why do you want to take a 737 there, except there is volume.”

” Take an example, a Q300 carries 50 passengers and an ATR 42 carries same, whereas a Q400 or ATR 72 airlifts around 70 passengers; compare with the size of engine and fuel consumed then put a 737 with 104 passengers (all of which changes with aircraft configuration), the fuel is higher. If you put both on the same route, 737/Q300 on Lagos-Port Harcourt, the Q300 operator will be laughing because his cost is lesser and yield higher .”

“In all, use of aircraft depends on the airline operator. If the airline puts good serviceable aircraft on the route, passengers will fly, are they not flying Arik, Aero, Overland? Overland will not come out and say they don’t have passengers,” he said.

Accountable Manager of Dana Air, Mr. Obi Mbanuzor who spoke to Nigerianflightdeck.com on the most favorable aircraft type on the Nigerian market for operators alluded that passengers are actually the greatest influencers when it came to aircraft acquisition.

“To be brutally honest, the biggest range in the Nigerian market is 1:30 hours there is nowhere longer than that. In places like Europe one and the half hours distance are operated by trains and it’s more economical. When you want to operate on that range, you use the embraers, the turbo props, the dash-8s. Like the Dash-8-400 is only about 5minutes behind a jet in terms of speed and the fuel burn is 30/40%less than a jet. ”

“So economically, that is the fact of the matter but in our market, we, you, me; we are used to flying the jet. If I put a jet and bring my Dash 8 and call Lagos to Kano and you put your 737 and call Lagos to Kano you will follow the other guy. Only when you are going to Warri and we both put dash 8 then all of us are the same because Warri cannot accommodate a jet, our market really is a propeller operated market,” he explained.

He however gave an exception where the 737 is better chalking it down to yield management.

Mbanuzor said,”Sometimes in this industry, success comes from operating one aircraft type and I believe our market is a turbo prop or Embraer market but at same time there are markets that require bigger aircraft, when you look at yield management, if I put a 60-seater aircraft and that 7am I have 120 passengers suddenly with my 60 seater, I’d be Spilling traffic Out of 150 I carry 60 the other 90 where do they go? They go to the competition or I have to use more aircraft for same trip. “

Tags Jets versus turbo props: what is suitable for the Nigerian market?

Nigerianflightdeck is an online news and magazine platform reporting business stories with a bias for aviation and travel. It is borne out of the intention to inform, educate as well as alter perceptions with balanced reportage.
Previous Tips on identifying, combating insider threats in aviation
Next Investigation into Skybird serious incident still ongoing- AIB states