IRANIAN Judiciary have said that several people have been detained in Iran over the ‘accidental’ shooting down of a Ukrainian passenger plane with a missile.

Ukrainian International Airlines flight PS752 was brought down shortly it took off from Tehran on Wednesday, killing all 176 people on board.

Spokesman Gholamhossein Esmaili said investigations into the incident were continuing, but provided no details.

President Hassan Rouhani said the probe would be overseen by a “special court”.

In a televised speech, President Rouhani said the judiciary would assemble a special court with a high-ranking judge and tens of experts to oversee the probe.

“This will not be a regular and usual case. The whole world will be watching this court,” he added.

Mr Rouhani also stressed that Wednesday’s “tragic event” should not be blamed on one individual.

“It’s not only the person who pulled the trigger, but also others who are responsible,” he said.

“Iranian armed forces admitting their mistake is a good first step,” he added. “We should assure people that it will not happen again.”

The president also said he wanted relevant officials to explain publicly why it took days for the authorities to disclose that missiles were fired at flight PS752.

For the first three days after the crash, Iran denied that its armed forces had shot down the Boeing 737-800 and suggested there had been a technical failure.

But as evidence mounted, the Revolutionary Guards said the operator of a missile defence system had mistaken the aircraft for a US cruise missile and fired at it.

Iran’s air defences had been on high alert because the country had just fired ballistic missiles at two US bases in Iraq, in retaliation for the killing of top Iranian general Qasem Soleimani in a US drone strike in Baghdad.

The admission of responsibility provoked widespread anger in Iran, and protesters took to the streets in the capital and several other cities to denounce government lies and the clerical leadership including Supreme Leader Ayatollah Ali Khamenei.

Mr Esmaili told a news conference in Tehran that the judiciary would “investigate the causes and direct impact of the incident”.

He added: “We will investigate the extent to which US warmongering caused this event. Several people have been detained and the investigation continues.”

The Iranian government’s spokesman has denied that it was involved a cover-up, saying Mr Rouhani was not told what had happened until Friday evening.

The commander of the Revolutionary Guards’ Aerospace Force said on Saturday that he had informed “officials” about the strike hours after the incident.

Nigerianflightdeck is an online news and magazine platform reporting business stories with a bias for aviation and travel. It is borne out of the intention to inform, educate as well as alter perceptions with balanced reportage.
Previous Dana Air targets 7.2 million passengers from 5.4 million by Q1, 2020
Next The path to grow Nigeria’s Aviation 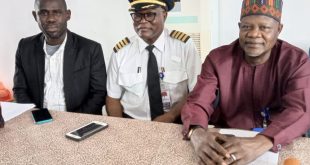 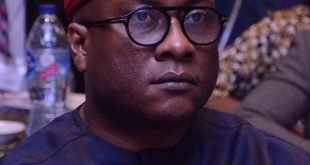 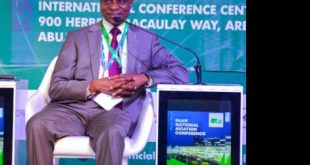