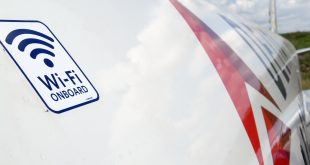 Delta to block middle seats, limit onboard capacity through March 30, 2021 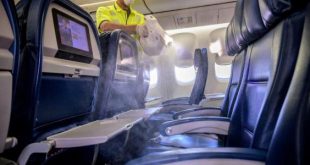 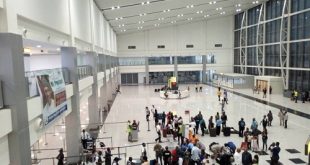 FAAN assures of seamless facilitation, comfort for travellers during Sallah

GREEN Africa in a virtual event at the weekend unveiled its cockpit and cabin crew uniform to the world promising safe and affordable flights, enabling environment to harvest ideas and a brand   that will portray the best of the region as it sets to commence operations in the aviation industry.

The airline which is at the final lap of obtaining its Air Operators Certificate (AOC) revealed uniforms cut from natural fabrics styled with touches of Green Africa and an environmentally friendly African blend that potrays culture and aesthetics.

Founder and Chief Executive Green Africa Airways, Babawande Afolabi who was a key player at the event explained the motivation behind the airline while setting a path the carrier is set to move on.

According to him, since his time as an investment banker, he had a fascination for transportation: Rail, buses, planes and the dream to own an airline has been in the works since and to him and the entire Green Africa team, safety is not negotiable.

Afolabi said,” The plan is to use Green Africa to create a better future and that better future for us means three things specifically one: make safe, affordable, reliable air travel; accessible to a much broader group of people. Two: create an enabling environment for the g-Team where ideas are celebrated, greater value added and three: use Green Africa as a broad platform that will show what is best about this region.”

On the unveiling of the airline’s uniform he said:”Today, we want to show you a glimpse of what our crew will look like while serving you, our customer. One of our five point agenda to customers is service and we’d be doing this by showing you how our crew will look…”

Speaking on the cabin crew raiment, Director of Cabin Crew Services Jasmine Dhillion painted the picture of the outfit describing what it represents for the airline and how the style blend compliments the aura  around the crew.

She said,“Our gCrew uniform is a judicious blend of African style with Green Africa elements and a contemporary global feel. Made from natural fabrics which makes our uniform not only environmentally friendly but also keeps our crew comfortable as natural fabrics are more ‘breathable’. The colours of the uniform which are our brand colours are inspired by the vast and varied African landscape with the basic cuts inspired by the Nigerian prints popularly called Ankara.

“Green is just not a colour to us, it is a concept, it signifies vibrancy, growth and sustainability which is what our brand and uniforms represent. For us, the comfort of the crew while wearing the uniform is paramount because happy crew means happy customers!

Nigerianflightdeck is an online news and magazine platform reporting business stories with a bias for aviation and travel. It is borne out of the intention to inform, educate as well as alter perceptions with balanced reportage.
Previous Nigeria’s airports NAIA, PHIA get ACI Health accreditation certificate
Next Two NGEagle aircraft arrive Nigeria as airline primed to enter market