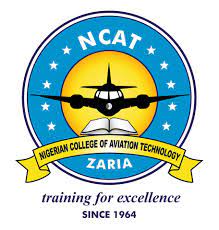 FG sets aside N2.9bn for local assembling of aircraft at NCAT

The minister of aviation, Sen. Hadi Sirika, disclosed this to journalists after the FEC meeting held in Abuja on Wednesday which was presided over by the vice president, Prof Yemi Osinbajo.

Sirika said today that the renewed demand for the “spin recovery aircraft” necessitated the production of the light aircraft which he said is durable for the training of military and civilian pilots.

He noted that the first set of the assembled aircraft is expected to fly within the last four months of the Buhari regime.

Asked why the government chose Zaria as the assembling base, Sirika said the existing college of aviation provides a ready facility which will save the cost of building another.

He added that situating the plant in Zaria further expands the capacity of NCAT as a federal government agency.

The minister also revealed that the FEC approved N546.11 million for the procurement and installation of Category IIIC landing system in 15 airports nationwide.

The minister explained that the Cat IIIC landing system enables pilots to land in zero-visibility conditions.

Nigerianflightdeck is an online news and magazine platform reporting business stories with a bias for aviation and travel. It is borne out of the intention to inform, educate as well as alter perceptions with balanced reportage.
Previous Customs MMIA Command reels out revenue figures for 2022, rakes in N20.9bn
Next Aviation industry with 674 complaints ranks 3rd on FCCPC data in 2022