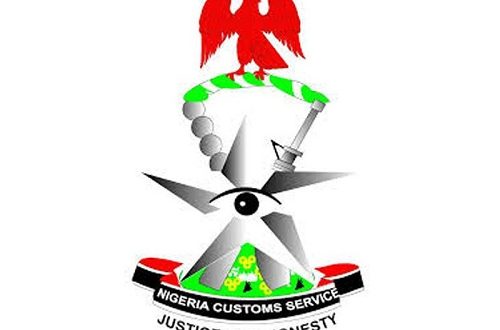 The Customs Area Controller, Comptroller Mohammed Malami Gidado has said that the revenue collection at the end of December 2022, the Murtala Muhammed International Airport Command raked in the sum of twenty billion, eight hundred and ninety eight million, five hundred and fifty seven thousand eight hundred and eighty naira, eleven kobo (N20,898,557,880.11) only for the period of January to December, 2022.

The figure above in comparison with 2021 did better as that year revenue collected within the same period was put at nineteen billion, forty eight thousand eight hundred and ten thousand,six hundred and fourteen naira and twenty six kobo (N19,048,810,614.26).

Comparing between the 2021 and 2022 revenue collected; there is an increased collection of one billion, eight hundred and forty nine million, seven hundred and forty seven thousand, two hundred and sixty five naira, and eighty five kobo (N1,849,747,265.85) only due to an improved integrity of passengers’ in the declaration of goods and high level of Compliance towards voluntary payment of (Couriers Parcels,Passengers Accompanied and Unaccompanied Baggage) Duty.

During the December 2022 review, the Command collected the sum of one billion,seven hundred and fifty eight million, five hundred and eighty five thousand, eighty seven naira and fifty four kobo (N1,758,585,087.54) only.

The sum of one billion, six hundred and twenty million,forty four thousand,nine hundred and eleven naira and forty five kobo (N1,620,044,911.45) only was the revenue collected within same period in 2021.

The seamless travellers’ clearance procedure adopted by the Command as initiated by the CAC over the period is worthwhile as evidenced in the Murtala Muhammed International Airport Command revenue collected from August to December 2022.

This implies effectiveness of initiated and adopted strategies while measuring performance and challenges from August to December 2022 compared to the preceding year’s revenue collection of 2021 towards a better performance in the near future.

Nigerianflightdeck is an online news and magazine platform reporting business stories with a bias for aviation and travel. It is borne out of the intention to inform, educate as well as alter perceptions with balanced reportage.
Previous NIGAV 2022: NiMet boss, Matazau to receive data support achievement award
Next FG sets aside N2.9bn for local assembling of aircraft at NCAT