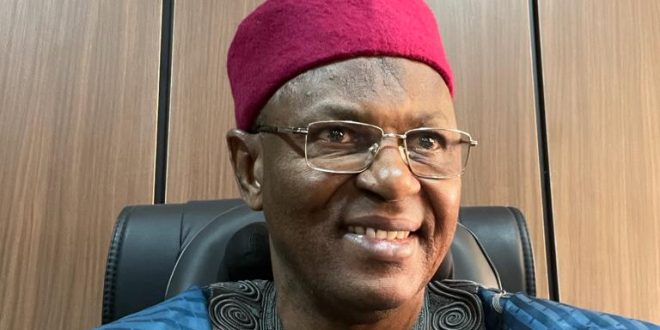 The Federal Competition, Consumer Protection Commission (FCCPC) has said that the Nigeria Aviation industry has been ranked third with 674 complaints as received according to statistics by the Commission in 2022.

According to him, most of the complaints received from the industry were on delays, cancellations, pilfered baggage, lost baggage, airport experience, general condition of the terminals, cooling system and discourteous service among others.

Speaking on the aviation industry statistics, Director Operations, FCCPC, Dr. Adamu Abdullahi says, most of the complaints received were on delays, cancellations, pilfered baggage, lost baggage, airport experience, general condition of the terminals, cooling system and discourteous service among others.

According to him, the complaints were lodged on their website www.fccpc.gov.ng requesting details of the complainant, phone number and other details to receive feedbacks.

“Log in, give us the complaints and there is a prompt that will tell you to give the type of complaints off course all your details are there, the details of the channel solved, your own personal details, phone numbers we can get back to you. Immediately a response is generated that gives you your number, the number of your complaints which you can now use to go ahead and always find out how far the commission has gone in resolving your complaint. Off course you can call through the phone and give your complaint or through normal mail as hard copy you can send your complaint to the FCCPC”.

Dr. Abdullahi said, they have an understanding with aviation and whenever they receive complaints that has to do with the sector they  pass it and give a time limit  within which a response is expected.

He however frowned at the failure of airlines to let their passengers know if there is a problem.

”Most times if you explain to passenger what is happening they can understand but the problem is, operators don’t get out and tell the public what is actually going on with their operations”.

”You buy a ticket, you come and sit in the airport for hours unending, you don’t even get any sort of information on the status of your flight and that really angers passengers. if you normally carry them along and tell them, these are the challenges that you are facing, it normally bring down the tempers and that is always what we encourage our service providers to do as in the airlines”.

The FCCPC Operations Director explained that, currently the Commission is working on a Memorandum of Understanding, MoU with the Nigeria Civil Aviation Authority, NCAA and all sectors of consumer protection because they have the core competency and the laws to address their sectors.

He explained that having an MoU with them means that, whenever they have complaints via their portal such complaints will be sent to the sector concern like to the NCAA and others.

”We are ready,some sectors have already joined on that platform so that complaints about shipping now that we already have an MoU with the Nigeria Shippers Council goes to the Council, same for others. We are in the process of signing that MoU”.

”We already have an understanding with aviation, whenever we have any complaints pertaining to aviation, we normally pass it to aviation and give them a time limit”.

The FCCPC revealed the total complaints received by the commission in its headquarters and across zonal offices was 13, 580 from Janaury-December, 2022.

It also states that the  2022 list was topped by the Financial services with 5,709 complaints, second is the electricity and power with 3,293, telecommunications, 605 and E-commerce 508.

Sectoral analysis of complaints resolved showed that on 3 out of the total number of 13,580,  3,327 complaints were resolved.

Compared to 2021, the Commission received 10,178 complaints and resolved 1990. Financial services also topped the list with 2,736 complaints followed by electricity/power with 3043, telecommunications, 510, aviation, 459 and electrical/electronics 502.

Nigerianflightdeck is an online news and magazine platform reporting business stories with a bias for aviation and travel. It is borne out of the intention to inform, educate as well as alter perceptions with balanced reportage.
Previous FG sets aside N2.9bn for local assembling of aircraft at NCAT
Next NIS MMIA Command gets royal thumbs up as Oba commends activities