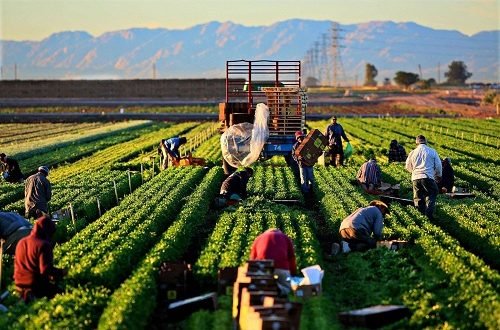 FG commences restructuring, recapitalization of BoA with N250bn in 90 Days

NigerianFlightDeck 17th April 2019 Other Business News Comments Off on FG commences restructuring, recapitalization of BoA with N250bn in 90 Days 84 Views

FEDERAL Government yesterday said that it is considering the recapitalization of Bank of Agriculture (BoA) with N250billion in 90 days in collaboration with the Bureau of Public Enterprise (BPE) as part of plans to revitalize it.

Minister of Agriculture and Rural Development, Chief Audu Ogbeh, who stated this in Abuja said the plan was to restructure, reform and recapitalize BoA so it became truly farmers’ bank

Ogbeh who was speaking with the management of the BoA and other critical stakeholders, said the ministry had a new vision for agriculture, adding that the ministry wanted to create a farmers’ bank where they would become major shareholders.

Explaining further, the minister said Nigerian farmers would be the major shareholders of the bank, as they would own about 40 per cent of the shares.

He identified lack of credit facilities as one of the bane of agricultural development in the country.

Also speaking, Mr. Alex Okoh, Director-General of Bureau for Public Enterprises (BPE), recalled that the bank was established in 1972 as Nigerian Agriculture and Co-operative Bank by the Federal Government, to provide credit to farmers and small-scale rural entrepreneurs.

Okoh lamented that the potential of the bank to provide credit to farmers had not been realized over the years, adding that the bank had performed sub-optimally since its establishment.

He identified financial constraints, historical losses, non-performing credit facilities, poor lending philosophy, lack of proper governance structure, inefficiencies in the operating costs, poor risks management strategies, and lack of monitoring and recovery framework as some of the major challenges militating against the optimal performance of the bank.

He noted that over the years, the bank had depended on intervention funds from the Federal Government, adding that the present constitution of the bank would never attract private sector investments and fulfill its core mandate for which it was established.

Okoh revealed that the Federal Government through the National Council on Privatization (NCP) had directed that a new strategy should be developed to restructure and recapitalize the bank.

In terms of shareholdings, he stated that the Federal Government would maintain a minority equity share, and farmers’ cooperatives and private sector would acquire the substantial part of the shares.

He urged farmer across the country to form a cooperatives in order to take ownership of the bank and benefit from the loans that would be given to farmers at single digit interest rate.

He explained that taking the ownership of the bank by farmers would ensure proper running of the bank, as well as enhance the loan repayment by the farmers.

According to him: “The reform of the BoA is envisaged to provide basic financial services, will mobilise rural deposits, encouraging the formation of organized coordinated farmers’ cooperatives, accelerate rural development, create job opportunities, boost non-oil export.”

It would be recalled that National Council on Privatization had on April 12, 2019 approved the recapitalization of BoA.

In his remarks, Mr. Wale Adewumi, the Managing Director of the Lead Capital Consortium Limited, assured that the management of the institution would work assiduously to turn around the fortunes of the bank.

Adewumi, who is the Financial Adviser to the privatization of BoA, stressed the need for Nigeria to have a strong agriculture bank that would provide credit facilities to farmers for the development of the sector.

Nigerianflightdeck is an online news and magazine platform reporting business stories with a bias for aviation and travel. It is borne out of the intention to inform, educate as well as alter perceptions with balanced reportage.
Previous FAAN may withdraw AVSEC, ARFFS from Gombe, Kebbi airports over N 731, 873, 721 debts
Next Arik’s return to int’l operations assured with time-Captain Ilegbodu