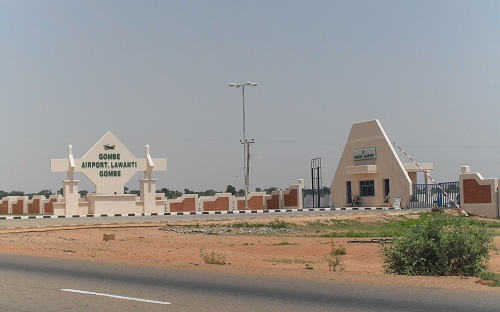 SOME private airports may cease to operate from May 1, 2019 if they fail to defray debts owed the Federal Airports Authority of Nigeria (FAAN), which has expressed plans to sanction its debtors.

Other private airports may soon be on the airport managers’ radar as it seeks to systematically recover debt.

Our correspondent intercepted the circular to debtor airports from FAAN’s credit control department giving the airports an extra seven (7) day ultimatum from tomorrow the 24th of April after which it will withdraw services of its aviation security as well as aerodrome rescue and fire fighting personnel.

The circular read,” Following the notice of Intention to sanction issued to owners/operators of private airports indebted to FAAN which lapses on Wednesday 24th April, 2019, FAAN hereby serves another 7days notice of grave till Tuesday 30th April for them to settle the debts”

” In view of the above, the authority hereby notifies private airport operators that the services of our aviation security as well as aerodrome rescue and fire fighting personnel will no longer be available for operations of their airports with effect from Wednesday 1st May 2019, as FAAN can no longer keep these personnel at airports without payment.”

Nigerianflightdeck gathers that if the airport managers make good it’s threat of removing these safety critical personnel from both airports, the Nigeria Civil Aviation Authority ( NCAA) once in the know, will direct Nigeria Airspace Management Agency (NAMA) to issue a NOTAM restricting operations into those airports as safety is not guaranteed.

A source at the regulators office explained,” The position is that FAAN has an MoU with all the privately owned aerodromes to provide aviation security for them and NCAA approved. If that is withdrawn it follows that there is no security in those airports and the Authority will have the grounds to close them them.”

Nigerianflightdeck is an online news and magazine platform reporting business stories with a bias for aviation and travel. It is borne out of the intention to inform, educate as well as alter perceptions with balanced reportage.
Previous Caverton Helicopters Ltd embarks on digital transformation with Ramco Aviation
Next FG commences restructuring, recapitalization of BoA with N250bn in 90 Days