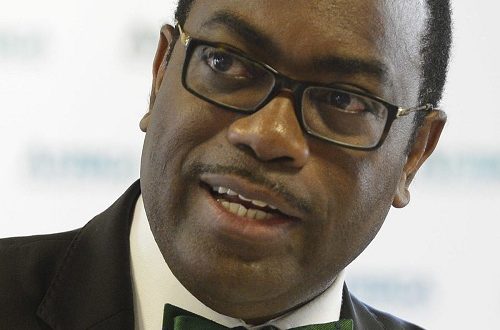 AS part of plans to achieve universal electricity access across Africa by 2025, African Development Bank (AfDB) has kicked off a feasibility study to explore the potential of electricity cooperative business models in Nigeria and Ethiopia.

The effort is part of the Bank’s goal having realised that power shortages diminishes the region’s Gross Domestic Product (GDP) growth between two to four per cent per year, holding back job creation and poverty reduction efforts.

The study, funded by the South-South Cooperation Trust Fund, would be conducted by the National Rural Electric Cooperative Association (NRECA) International over three months and NRECA would consider regulatory, legal, technical and socio-economic factors that impact the creation of electric cooperatives in the two nations.

Electricity cooperatives are tax-exempt businesses set up and owned by the consumers who benefitted from the services provided in generation, transmission and/or distribution.

They are used in many parts of the world to provide last mile connections to rural areas through grid extensions and cooperative enterprises, and where successful, they also improve rural electrification, while creating sustainable businesses.

Batchi Baldeh, the Director, Power System Development, AfDB, was quoted to have said at the kick-off meeting that the study aligned with the Bank’s New Deal for Energy in Africa.

“This study is timely and aligned with the Bank’s New Deal for Energy in Africa. We look forward to working with NRECA International to execute the study, and to leverage its extensive experience in electricity cooperative business models to pave the way for the implementation of transformational projects across Africa” Baldeh said.

He stated that the cooperatives rely on strong partnerships among governments, rural/local communities and development partners for implementation and success.

He also said: “We selected Nigeria and Ethiopia following dialogue with their respective ministers of energy during the Bank’s Africa’s Energy Market Place held in July 2018, where they expressed their governments’ commitment to improve rural access through established models.

“We rely on this cooperation to explore this innovative model of delivering our High 5 to light up and power Africa.”

Baldeh, added that the findings of the study would be delivered in May this year, assuring that they would inform the viability of plans to pilot the model in the selected countries.

Nigerianflightdeck is an online news and magazine platform reporting business stories with a bias for aviation and travel. It is borne out of the intention to inform, educate as well as alter perceptions with balanced reportage.
Previous Ethiopian Airlines set to operate All-Women Flight to Oslo on International Women Day
Next BoI disburses N15,000 Tradermoni to beneficiaries who defrayed N10,000 loans